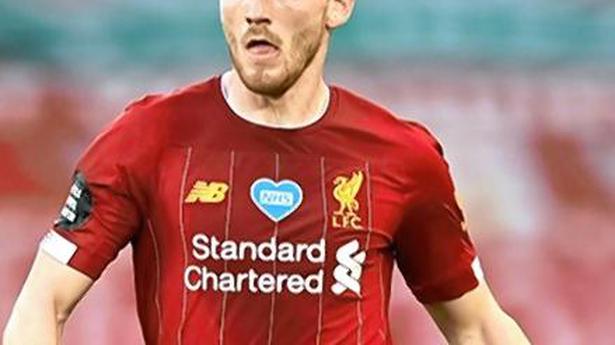 “Not many things bug me, but if there’s one thing that does, it’s the idea that my story is a football fairytale”, thus wrote Andy Robertson for The Players Tribune last year, two days before Liverpool’s Champions League triumph.

His arrival at Anfield in 2017, however, most definitely sparked a fairytale for the club as Robertson has now added the Premier League title to his glorious list of achievements with Liverpool.

The Scotsman’s transfer to Liverpool was tipped as a move that would bring a change of fortune for the Reds.

The belief stemmed from the fact that Liverpool had won most of its titles with a Scot in its ranks. The last time Liverpool won the English top division, in 1990, was under Kenny Dalglish, a Scot.

While Robertson wasn’t born then, he’s glad to be part of a scintillating campaign that ended a painstaking 30-year wait for the Liverpool faithful. “We’ve had to wait a long time. The three months of lockdown was long for everyone, but for us to be so close to something that the club hasn’t achieved in 30 years, it was extra-long for us and our fans.

“And we managed to do it on my mum’s birthday, so that’s probably extra special for me,” the defender said in an interaction with the broadcaster.

Liverpool has dominated world football over the last two years, lifting its sixth Champions League title and winning the Club World Cup, but had fallen short of the Premier League crown by a point last year. But this season, it has bull-dozed its way to the top — sealing the trophy with seven games to spare.

“We’ve been relentless. There were games that people thought that we would drop points, but we did not.

“We’ve come from behind, we scored so many late goals — the best team never gives up. We showed our 100 per cent every single game,” he said.

“It’s an emotional journey to win the Premier League for this club.

“We were so desperate to win it last season and this season luckily, we’ve run away with it. We are the Premier League champion, that’s something I will never get bored of saying.”