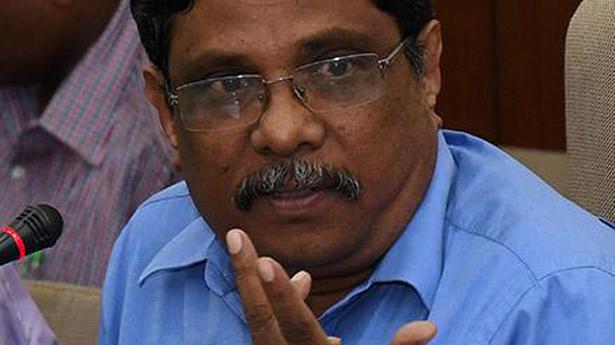 Chief Secretary K. Shanmugam has directed all Department Secretaries to produce the attendance of all Secretariat staff to him on a daily basis from Monday. The development comes amid complaints that some employees, including IAS officers, report to work late or leave early.

In a two-page note, Mr. Shanmugam asked the Secretaries to send the attendance particulars daily in a specified format to the Department of Personnel and Administrative Reforms, whose Secretary would compile the information and present it to him every day. The Secretaries could coordinate with the Transport Secretary for arranging buses for daily commute of the staff, he said.

Mr. Shanmugam pointed out that all government offices were functioning with half of the workforce now (due to COVID-19 lockdown) but all Group “A” officers and heads of departments should compulsorily attend the office, except in the case of pregnant women and persons with disabilities.

A Section Officer posted in the Secretariat said that although most employees turned up on time, some were regularly late. “Even a few IAS officers come to office by afternoon and leave office by 4.30 p.m. daily,” he alleged.

However, he said there were quite a few departments that worked round-the-clock, with the government machinery focusing on combating COVID-19.

While some staff attended office by afternoon and left early, some of them took leave every three days as an adjustment within their department, he said. This, he felt, could have been the reason behind the Chief Secretary’s action.