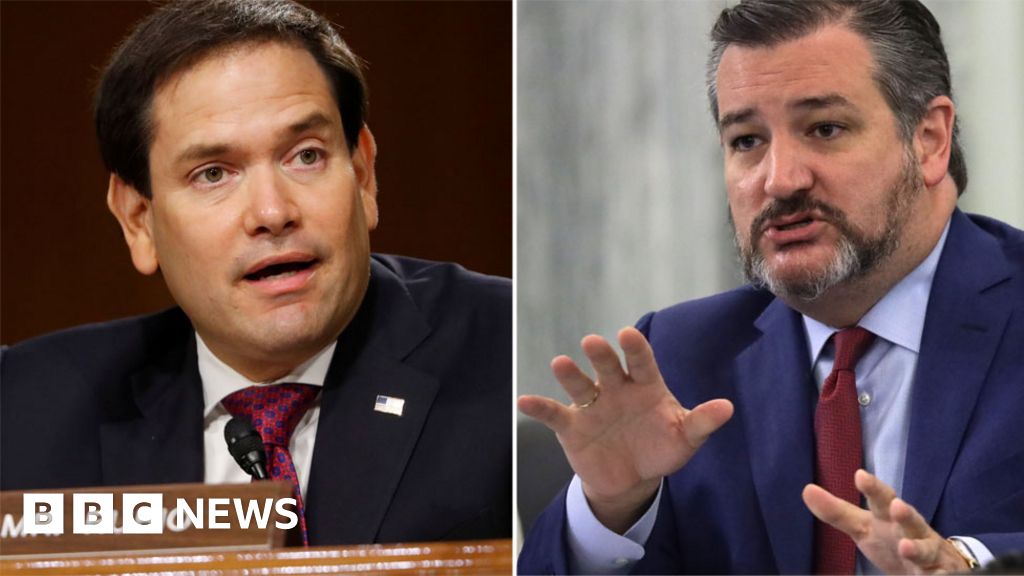 China has said it will impose sanctions on 11 US citizens including senators and other high profile officials.

The sanctions come in response to a decision by the US to sanction 11 Chinese officials and allies in Hong Kong for curtailing political freedoms.

Among those targeted by China were Republican Senators Ted Cruz and Marco Rubio, and Kenneth Roth, the executive director of charity Human Rights Watch.

China did not target any officials from the Trump administration.

Also on the list were Senators Tom Cotton, Josh Hawley and Pat Toomey and Representative Chris Smith – all Republicans – as well as other individuals from non-profit organisations and rights groups.

China said the sanctions were a direct response to those levied by the US against officials in Hong Kong.

“In response to those wrong US behaviours, China has decided to impose sanctions on individuals who have behaved egregiously on Hong Kong-related issues,” said Chinese foreign ministry spokesman Zhao Lijian.

He did not specify any details of the sanctions.

China had already announced sanctions last month against Mr Rubio and Mr Cruz and other officials, after the US heavily criticised Beijing for its treatment of the Uighur ethnic minorities in Xinjiang and said it would sanction top officials of the Chinese communist party.

Relations between the two powers have been deteriorating for months. The US has publicly criticised China over its actions in Hong Kong, its persecution of the Uighur minority and its handling of the coronavirus outbreak. President Donald Trump has frequently attempted to shift the focus towards China during the US’s worsening coronavirus situation, calling the disease the “China virus” during press briefings.

“I want to reiterate that Hong Kong is China’s Hong Kong and Hong Kong affairs are China’s internal affairs that no external forces can interfere in,” he added. “China urges the US to recognise the situation and correct its wrongdoings, and not to go further and further on the wrong path.”

US officials targeted by China on Monday are among those who have publicly criticised China for its increasingly aggressive tactics in Hong Kong, where a new security law imposed by China has curtailed the city’s political freedoms.

On Monday Hong Kong business tycoon Jimmy Lai, one of the most prominent supporters of the pro-democracy protests in Hong Kong, was arrested and his newspaper offices raided by police. Mr Lai’s case was the most high-profile arrest so far under the controversial new security law.

Other officials sanctioned by China on Monday included Carl Gershman, the president of the National Endowment for Democracy, and Michael Abramowitz, the president of Freedom House – both non-profit advocacy groups.

Responding to the sanctions on Twitter, Mr Roth said the move was “little more than an effort to distract attention from its wholesale assault on the rights of the people of Hong Kong”.