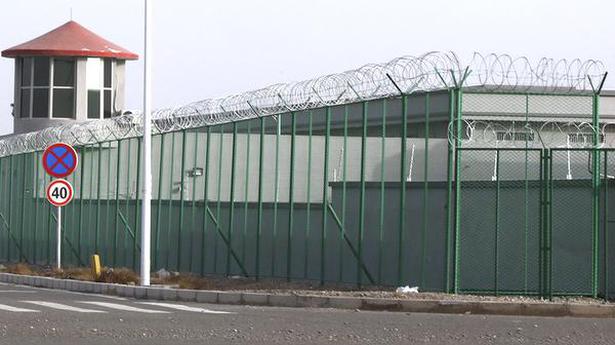 China said on Friday it will impose tit-for-tat measures after the U.S. slapped sanctions on Chinese officials for their involvement in a crackdown on Muslim minorities, raising tensions between the superpowers.

The two countries have traded barbs and sanctions on a slew of issues since President Donald Trump took office, from trade to more recent spats over the coronavirus pandemic, a security law in Hong Kong, and Chinese policies in the far west regions of Tibet and Xinjiang.

The latest Chinese response followed a U.S. announcement of visa bans and an assets freeze on three officials, including Chen Quanguo, the Communist Party chief in Xinjiang and architect of Beijing’s hardline policies against restive minorities.

“China has decided to impose reciprocal measures against the relevant U.S. institutions and individuals who behave badly on Xinjiang-related issues,” Mr. Zhao said, without providing details about the sanctions.

Secretary of State Mike Pompeo said on Thursday the U.S. was acting against “horrific and systematic abuses” in Xinjiang including forced labour, mass detention and involuntary population control.

The back-and-forth over Xinjiang comes just days after the two countries imposed visa restrictions on each other over their disagreement on Tibet.

Witnesses and human rights groups say China has rounded up more than one million Uighurs and other Turkic Muslims in Xinjiang in a vast brainwashing campaign aimed at forcibly homogenising minorities into the country’s Han majority.

Mr. Pompeo in a conference call with reporters Thursday called the situation “the stain of the century” and has previously drawn parallels with the Holocaust.

China counters that it is providing education and vocational training in a bid to reduce the allure of Islamic radicalism following a spate of deadly violence.

The Uighur Human Rights Project, an advocacy group, hailed the sanctions and urged other countries to follow suit. “At last, real consequences have begun. This comes at the 11th hour for Uighurs,” said the US-based group’s executive director, Omer Kanat.