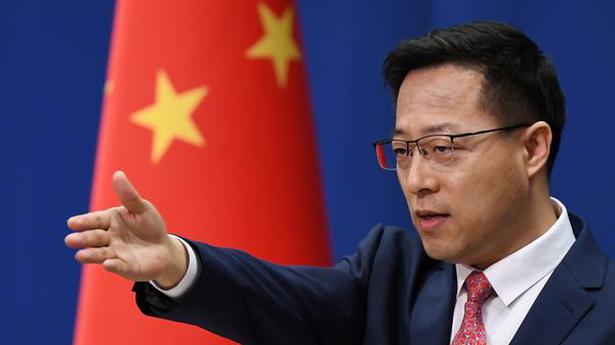 China on Tuesday said it would continue holding talks with India “for peace and tranquility” along the Line of Actual Control (LAC), and welcomed the agreement reached at Monday’s Corps Commander-level talks “to cool down the situation”.

The Ministry of Foreign Affairs (MFA) also rejected the statement made by Gen V.K. Singh (retd) that China lost more than 40 soldiers in the Galwan clash, terming it “fake news”. Beijing has not revealed the number of casualties from the June 15 clash that claimed the lives of 20 Indian soldiers.

The MFA said Monday’s Corps Commander-level meeting (the first one was held on June 6) “showed that the two sides wish to control and alleviate the situation through dialogue and consultation”.

Indian Army sources on Tuesday said both sides came to a “mutual consensus” to disengage after day-long talks at Moldo, and that modalities for disengagement at all areas of friction would be taken forward. The June 6 talks had identified five locations of conflict – Patrolling Point(PP) 14, 15, 17A, North bank of Pangong Tso and Chushul. The clash in Galwan Valley near PP14 took place on June 15 when “a violent face-off” happened “during the de-escalation process”, according to an Army statement.

The MFA said on Tuesday that both agreed to take forward the consensus reached on June 6. Its spokesperson Zhao Lijian said, “During the meeting, based on the consensus reached at the first Commanders level meeting, the two sides have had candid and in-depth exchange of views on outstanding issues and agreed to to necessary measures to cool down the situation. The two sides agreed to continue with the dialogues and joint work for the peace and tranquillity of the border areas.”

Asked about Chinese casualties, he said: “China and India are in dialogue and talks with each other to resolve this issue through diplomatic and military channels. As for what you saw in the media, for example some people alleged that casualties on the Chinese amounted to 40, I can tell you for sure this is fake news.”