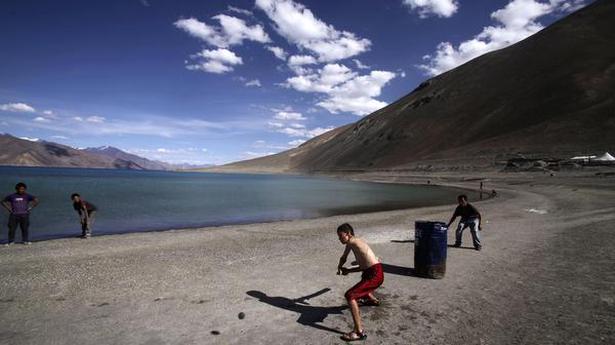 China’s State media on Friday said United States President Donald Trump was trying to “drive a wedge between China and India” over his offer to mediate amid the on-going border tensions.

On Friday, Mr. Trump reiterated the offer, first made on Twitter, telling reporters he had spoken to Prime Minister Narendra Modi. “They have a big conflict India and China. Two countries with 1.4 billion people. Two countries with very powerful militaries. India is not happy and probably China is not happy,” he said. “I can tell you; I did speak to Prime Minister Modi. He is not in a good mood about what is going on with China.”

The Global Times, a Communist Party-run newspaper, said in a commentary that “a conflicting China-India relationship serves [U.S.] interests”. “Washington believes the combined strength of Beijing and New Delhi could impair its interests in Asia and beyond. An opportunist U.S. has never given up its attempt to drive a wedge between China and India…. the Trump administration emphasises India as a major pillar in its much-touted Indo-Pacific concept.”

The newspaper mocked Mr. Trump for his knowledge about India and China. “It seems Trump finally knows that China and India, the two largest Asian powers, share borders. Early this year, A Very Stable Genius, a book written by two Washington Post journalists, revealed that Indian Prime Minister Narendra Modi was shocked and concerned when Mr. Trump told him India and China did not share a border,” it said.

The commentary described the current stand-offs as “reminiscent of the 2017 Doklam stalemate”, which it blamed on India for “illegally construct[ing] defence facilities across the border into Chinese territory in the Galwan Valley region”. Noting that Doklam was “successfully solved with concerted efforts and wisdom,” it said “the latest dispute can be solved bilaterally by China and India.” “The two countries should keep alert on the U.S, which exploits every chance to create waves that jeopardise regional peace and order,” the newspaper said.

On Thursday, Indian officials said both sides remained “engaged” through diplomatic and military channels in New Delhi and Beijing and at the Line of Actual Control (LAC) in order to resolve the situation along the boundaries in Ladakh and Sikkim. Indicating that India would not accept Mr. Trump’s offer to mediate, officials said the matter was being discussed bilaterally. “We are fully engaged with the Chinese side to peacefully resolve the issue,” said Ministry of External Affairs spokesperson Anurag Srivastava.

The Global Times noted that last year “India turned down Trump’s offer to ‘help’ and ‘mediate’ between India and Pakistan over Kashmir, an issue India stressed can only be discussed bilaterally”.

“India probably has found that the U.S. is not a reliable partner,” it said. “The self-centered ‘America First’ policy endorsed by Trump can hardly reconcile with Modi’s ambitious ‘Make in India’ campaign, and a trade deal was elusive even during Trump’s high-profile visit to India in February 2020 when the two were locked in trade frictions. India perhaps has been aware of the US’ bad history of mediation in which the U.S. made troubles rather than solved problems, and which turned bilateral disputes into multilateral ones.”

China-U.S. ties have plunged to a nadir amid rising tensions over a growing number of issues, from China’s handling of the COVID-19 pandemic and trade ties, to Hong Kong and Taiwan. On Thursday, speaking at the conclusion of the annual National People’s Congress (NPC) in Beijing, China’s Premier Li Keqiang in his annual press conference called on China and the U.S. to manage their differences and “discard a ‘Cold War’ mentality”.

The tensions with the U.S. were the focus during the NPC in Beijing, with Mr. Li and the Foreign Minister Wang Yi both not mentioning India in their annual press conferences. China’s Defence Minister and People’s Liberation Army General Wei Fenghe warned during the NPC that relations with the U.S. were entering “a high risk period”. “The U.S. has intensified suppression and containment of our side since the outbreak, and China-U.S. strategic confrontation has entered a high-risk period,” said General Wei. “We must strengthen our fighting spirit, be daring to fight and be good at fighting, and use fighting to promote stability.”