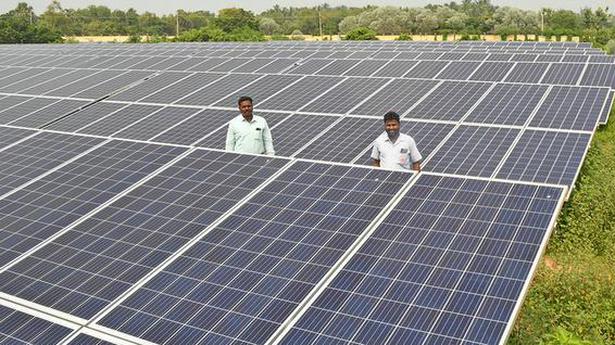 The two state-run companies had on Friday said they would form a JV to develop 5,000 MW of solar and thermal power assets across the country.

“A solar JV is already in process of formation with an initial capital of ₹10 lakh,” the sources said. “Once the company is formed, the respective company boards will decide the final contours of the project. At present, solar capex for each MW is around ₹4 crore,” they added.

The government plans to impose 20% basic customs duty duty on imported solar panels to boost the domestic industry, the sources said. Solar developers have been largely dependent on Chinese equipment.

The thermal power project will be taken up by a separate JV after due diligence, they said.

CIL has already installed solar projects of 4.83-MW capacity and these plants are generating about 4.6 million units of renewable energy annually, officials said.

“This JV aims to utilise the core capabilities and infrastructure of CIL and NLCIL for the creation of power assets to harness renewable sources of energy.

“The JV company will ensure sustainable growth and contribute to achieving the ambitious solar power programme of both” firms, Coal India said in a statement.

Google to sell Pixel 4a phone in India in Oct.