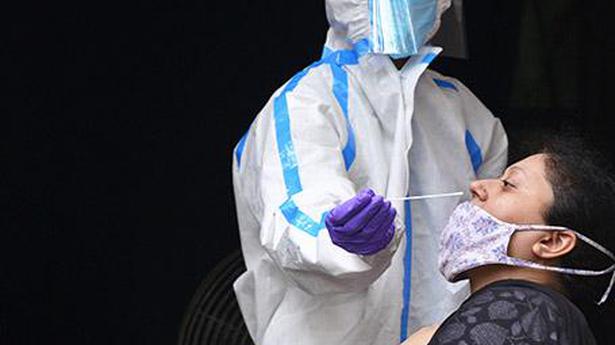 The city recorded less than 2,000 new COVID-19 cases for the fourth consecutive day on Tuesday with 1,606 fresh infections being reported in the past 24 hours, taking the total to 1,15,346, read a health bulletin released by the government.

Though the total cases in Delhi have been increasing, the active cases have been decreasing since July 1.

Also, the number of people admitted to COVID-19 hospitals has been steadily decreasing for the past 13 days. On July 1, a total of 5,892 beds in COVID-19 hospitals were occupied and it has decreased steadily to 4,194 on Tuesday. The number of COVID-19 positive people on home isolation has also decreased from 16,703 on July 1 to 10,695 on Tuesday — a decrease of 35.96%.Also, the positivity rate, which is the percentage of people who test positive, has dropped from 12.2% on July 1 to 7.6%. But lesser RT PCR tests, which has higher positivity, and more rapid antigen tests, which has lower positivity, was done, shows bulletin.

“Close monitoring of patients to be done by specialists,”read an advisory by the government. It also said the ‘Internal Death Audit Committee’ of the hospital should suggest remedial measures to lower mortality.

Community spread of corona in Delhi should have been accepted: Health minister Satyendar Jain | Delhi News – Times of India

US open golf: Matthew Wolff steals show at US Open,...

Sachin Pilot to campaign for Congress in MP Assembly bypolls