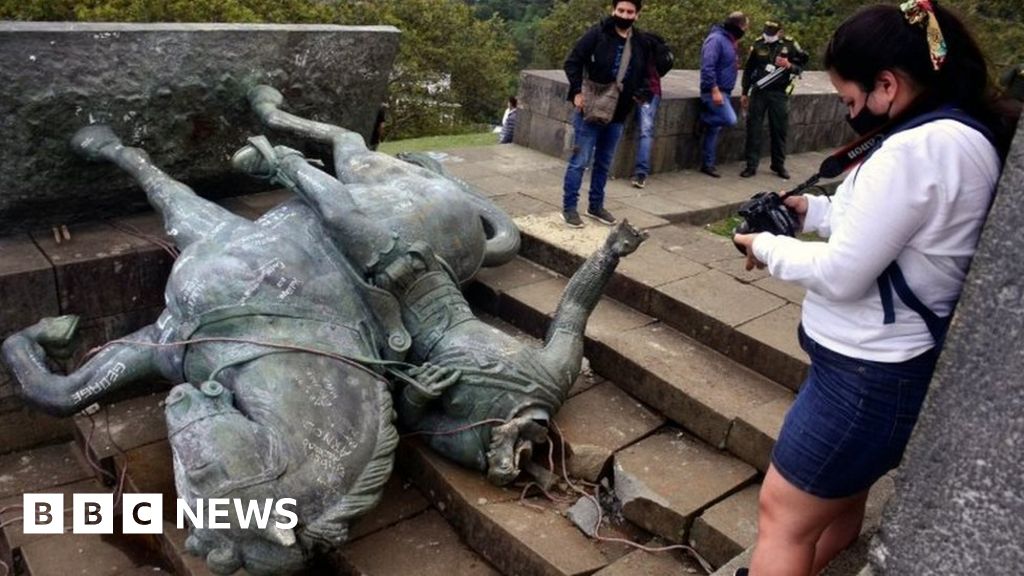 Indigenous protesters in Colombia have toppled a statue of Spanish conquistador Sebastián de Belalcázar in the south-western city of Popayán.

Police looked on as members of the Misak community used ropes to tear down the equestrian figure of de Belalcázar, who founded the city in 1537.

Popayán’s mayor said it was an act of violence against a symbol of a multicultural city.

The Misak community blames the conquistador for the killings of their ancestors and land grabbing.

The toppling of statues associated with slavery and colonialism has been a prominent feature of the Black Lives Matter protests in the US and Europe.

The movement has been at the forefront of demonstrations sparked by the death in police custody in May of African American George Floyd.

Mass protests have taken place across the US and internationally against police brutality and racial inequality.

More on this story