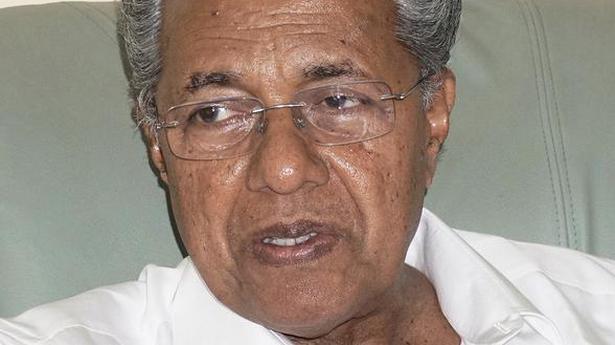 Present CM Pinarayi Vjayan was discharged in the case as an accused by Special Court, CBI, Thiruvananthapuram, and Kerala High Court.

The Supreme Court on Thursday told the CBI that it will need to bolster its appeal against Kerala Chief Minister Pinarayi Vijayan in the SNC Lavalin corruption case with “very strong arguments” as two courts had discharged him and some others of all wrong-doing.

“You know that two courts have concurrently said these persons need not be tried. You will have to come up now with very strong arguments to say they should not be discharged”, Justice U.U. Lalit, heading a three-judge Bench, addressed Solicitor General Tushar Mehta, appearing for the CBI.

Mr. Vijayan was discharged in the case as an accused by both the Special Court, CBI, in Thiruvananthapuram, and the Kerala High Court.

The CBI has, in its appeal, contended that Mr. Vijayan should face trial in the case.

The corruption case concerns the loss of ₹86.25 crore in the Kerala State Electricity Board’s (KSEB) contract with Lavalin for the renovation and modernisation of Pallivasai, Sengulam and Panniar hydroelectric projects in Idukki district . Mr. Vijayan was the State’s Power Minister then.

The premier investigation agency said Mr. Vijayan travelled to Canada as a “guest” of Lavalin in 1997. It was there, in Canada, he made the “crucial” decision to promote Lavalin, who was a mere consultancy firm retained on fixed-rate basis, from consultants to suppliers.

The CBI has argued that the decision of the Kerala High Court to discharge the Chief Minister was “not correct”.

The court had upheld the discharge of Mr. Vijayan and two former KSEB senior officers – K. Mohanachandran and A. Francis. Mr. Mohanachandran is a former principal secretary, Department of Power, and Mr. Francis, then joint secretary in the same department.

However, three other accused – M. Kasthuriranga Iyer, G. Rajasekharan Nair and R. Sivadasan – were asked to stand trial. Mr. Nair was then Member (Accounts) of the KSEB and Mr. Iyer was Chief Engineer (Generation) in the Board.

The accused who were ordered to stand trial have also appealed to the Supreme Court for parity of treatment. The apex court had earlier stayed the trial.