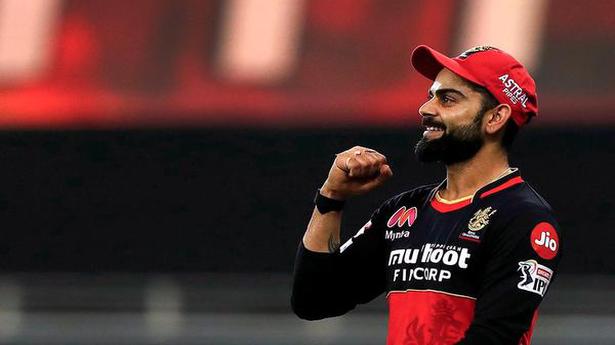 RCB beat CSK by 37 runs in an IPL game which took them to eight points from six games.

Royal Challengers Bangalore skipper Virat Kohli said the 37-run victory over Chennai Super Kings on a tricky pitch was one of their most complete performances in this IPL.

RCB beat CSK by 37 runs in an IPL game which took them to eight points from six games.

“It was one of our most complete performances. We got into a bit of a tricky position in the first half,” Kohli said at the post-match presentation ceremony.

“From there on, we pushed forward. We spoke during the second timeout (with the bat) that 140-150 would be good. Ended up getting more than that. It was a tricky pitch,” Kohli further added.

The skipper spoke about the need to build on the momentum as they have some back-to-back games coming up.

“Really pleased to get two points. We have back-to-back games coming up, so important to build momentum,” he said.

“It’s about understanding the conditions and respecting the game. Instead of trying to hit every ball into the second tier of the stadium. Having played so much cricket, especially T20 cricket, I have learnt that if you are set at the death, you can capitalize,” Kohli said.

Washington Sundar, who took two wickets in this three overs, said: “Glad to be given this role, I am very happy bowling in the powerplay especially against two great batsmen, that too against a team like CSK, to be able to perform well, I feel confident.

“So far it’s been going good. Everything has been working to the plan. I have also been planning a lot for different batsmen. Hopefully it works going deep into the tournament as well.”

Sundar praised pacer Chris Morris, who returned with three wickets in his first game this season.

“Morris was brilliant in his first game, Isuru bowled very well, Chahal took the crucial wicket of Mahi bhai. Everything went well today for us and I’m very happy.”