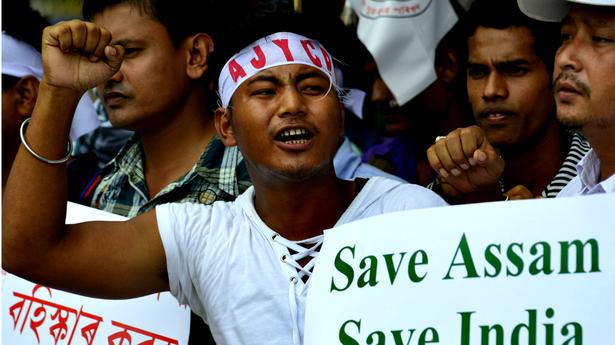 Some members of the Centre’s high-level committee on implementation of Clause 6 of the Assam Accord on Tuesday made their ‘confidential’ report public because of the government’s ‘disinterest’ in processing their recommendations.

The Clause that ended the anti-foreigners’ Assam agitation from 1979-1985 envisages constitutional, legislative and administrative safeguards for protecting, preserving and promoting the cultural, social, linguistic identity and heritage of the Assamese people.

“The government has been sitting idle on the report that we submitted more than five months ago. We finally decided to put it in the public domain as the people have the right to know,” said Samujjal Kumar Bhattacharya, chief adviser of the All Assam Students’ Union (AASU).

The AASU had spearheaded the agitation. Some of its leaders are in the 14-member committee on Clause 6 headed by retired judge Biplab Kumar Sharma.

The committee had on February 25 submitted the report to Chief Minister Sarbananda Sonowal for handing it over to Union Home Minister Amit Shah.

“We do not know where the report is, whether or not it has reached Delhi. We believe the issue is being neglected,” Mr. Bhattacharya said in the company of AASU leaders and panel member Nilay Dutta, advocate general of Arunachal Pradesh.