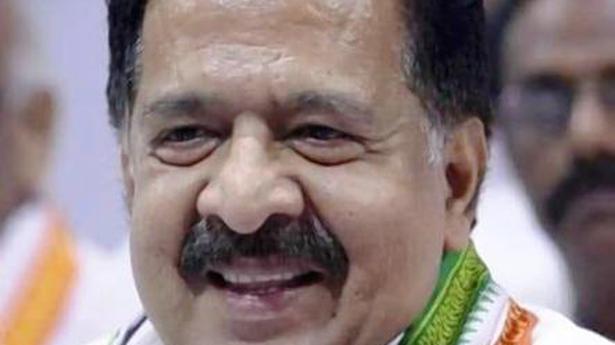 Leader of the Opposition Ramesh Chennithala and former Chief Minister Oommen Chandy on Sunday said Congress would not allow anyone to single out the party’s State president for vilification.

Regardless of the show of solidarity, Mr. Ramachandran’s verbal spat with Mr. Vijayan seemed to have brought the fissures in the Congress and the United Democratic Front (UDF) to the fore.

Indian Union Muslim League (IUML) State secretary K.P.A. Majeed called Mr Ramachandran’s comment on Ms. Shylaja as unwarranted. It had caused the ruling front to shame the Opposition as a whole, he said.

A Malayalam daily widely regarded as pro-Congress and anti-ruling front had run an editorial denouncing Mr. Ramachandran’s criticism of Ms. Shylaja as “patently anti-women and politically improper.” Some leaders cited the editorial as a bellwether of how multiple factions in the Congress viewed Mr. Ramachandran’s action.

Mr. Vijayan had used the damning indictment of the KPCC president’s words to inveigh against Mr. Ramachandran. Hence, the organisation felt that any public criticism of its president would allow Mr. Vijayan to gain more traction in the political arena.

Nevertheless, Mr. Ramachandran was sure to face criticism from his peers in the party. At least a few felt that Mr. Ramachandran had accorded the LDF a political advantage and derailed the party’s pro-women stance in the public eye.

They felt Mr. Ramachandran’s attack on Ms. Shylaja had to some measure diverted public attention from other pressing issues, including the sharp increase in domestic power bills and “abandonment” of COVID-19 ravaged expatriates in the Gulf.

The KPCC president has remained unapologetic. He said he had used the analogy to expose Ms. Shylaja’s bid to use the pandemic as a cover to burnish her personal and political credentials and misogynistic comments were not part of his political lexicon. Mr. Chennithala attempted to turn the tables on Mr. Vijayan by urging the Chief Minister to shed his habit of calling people names before advising others. He listed Thamarassery Bishop Mar Remigiose Inchananiyil; N.K. Premachandran, MP; and the late RMP leader T.P. Chandrasekharan as victims of Mr. Vijayan’s “crude taunts.”