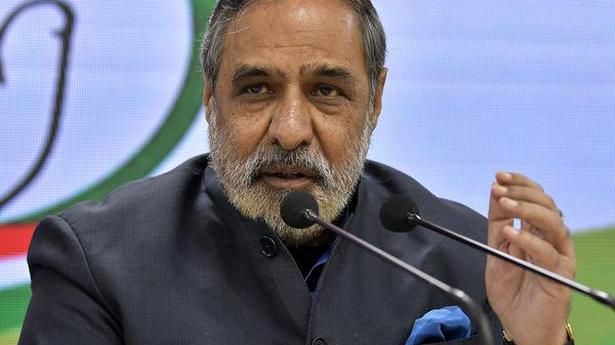 Congress leaders on Tuesday lashed out at trolls that stirred a controversy over a Tanishq advertisement promoting inter-faith unity and forced its withdrawal, with party leader Shashi Tharoor asking why the “bigots” do not boycott India, which has been a symbol of Hindu-Muslim unity.

“So Hindutva bigots have called for a boycott of Tanishq Jewelry for highlighting Hindu-Muslim unity through this beautiful ad. If Hindu-Muslim ‘ekatvam’ irks them so much, why don’t they boycott the longest surviving symbol of Hindu-Muslim unity in the world — India,” the MP from Thiruvananthapuram asked on Twitter.

His party colleague Anand Sharma expressed shock at the controversy triggered by the advertisement and called for protecting the country’s multi-religious and multi-ethnic cultural mosaic from hate mongers.

By creating a controversy over the advertisement, bigots have taken hatred to the extreme, he said.

“Shocked at the controversy triggered by a beautiful #tanishq ad in which a mother in law’s acceptance and love for her daughter in law has been attacked, is most distressing. The bigots have taken hate ludicrous extreme,” the former Union Minister wrote on Twitter. “Our multi-religious, multi-ethnic and multi-lingual cultural mosaic is the beauty and strength of India and that must be upheld and protected from hate mongers,” he added.

Congress deputy leader in the Lok Sabha Gaurav Gogoi said the hate campaign against Tanishq is precisely the reason why the country needs more symbols of Hindu-Muslim unity. “We need to celebrate India and her youth who are transcending barriers of religion, gender, caste and colour. Tanishq might have given up, proud Indians will not,” he wrote on Twitter.

Congress spokesperson Supriya Shrinate said, “Come on Tanishq. Why must you succumb to bigots? Your ad is beautiful, it celebrates diversity and love. Only a sick mind sees anything besides that. Disappointed you gave in to hate.”

Another party spokesperson, Shama Mohamed, said India Inc needs to raise its voice against the tsunami of hate unleashed by the ruling Bharatiya Janata Party (BJP) and not succumb under pressure like the Tatas did on the Tanishq advertisement.

“Our freedom fighters gave their lives for the idea of a pluralistic India. The BJP has polarised this country to the point that even the mere portrayal of Hindu-Muslim unity in the #tanishq ad has trolls up in arms. India’s pluralistic ethos is its soul, & #BJP is out to kill it,” she said in a tweet.

The Tanishq commercial on interfaith love triggered a furious backlash on social media with some accusing the jewellery brand of promoting “love jihad”, prompting the company to withdraw the film on October 13, citing hurt sentiments and the well-being of its staff.