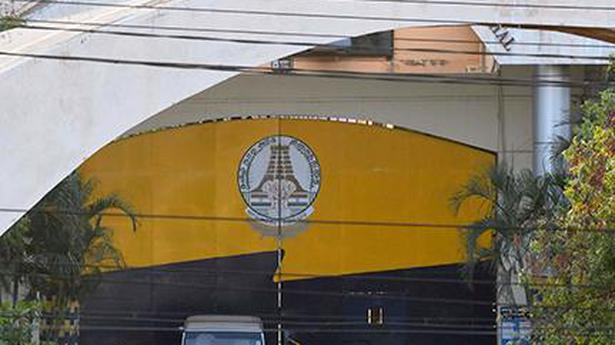 Thirty convicts lodged in the Puzhal Central Prison-I tested positive for COVID-19 on Friday, triggering panic among other prisoners and their family members.

With a majority of the patients not showing any symptoms, prison authorities, in consultation with the Health Department and Chennai Corporation officials, decided to quarantine them in a separate block on campus.

While the source of the virus is under investigation, Director-General of Police (Prisons) Sunil Kumar Singh said that 34 convicts from different central prisons across the State were brought to the Puzhal prison complex for paramedical training in March.

After completion of the course, the prisoners got stuck in Chennai due to the nationwide COVID-19 lockdown.

On May 22, a group of 19 convicts were shifted to central prisons in Cuddalore, Tiruchi, Madurai and Palayamkottai. Prison officials decided to get them tested after some of them showed mild symptoms. Seven convicts from the 19 tested positive for COVID-19 on May 27 and 28.

Since the group stayed in the Puzhal Central Prison-I campus, 93 samples of inmates and staff members who came in contact with them was sent for testing on Thursday.

“In all, 31 samples — 30 convicts and one sanitary worker — returned positive for COVID-19. We immediately alerted authorities concerned and a team of experts reached the prison premises within a few hours. The infected convicts have been quarantined in a separate block. The total number of inmates is about 850. Doctors will decide whether samples of other prisoners should be sent for testing or not,” Mr. Singh told The Hindu.

Though prisoners were advised on following safety protocol, including physical distancing and washing of hands with soap at regular intervals, places like kitchen, the dining area, washrooms and telephone/video-call rooms were often crowded.

“We have organised proper medical care for the infected prisoners who belong to different age groups. Vulnerable areas will be disinfected and sanitised. As on date, 37 prisoners, including seven outside Chennai, have tested positive for COVID-19,” he added.

Soon after the news of prisoners testing positive for COVID-19 spread, Arputhammal, mother of A.G. Perarivalan, one of the life convicts in the former Prime Minister Rajiv Gandhi assassination case, put up a tweet.

She requested Chief Minister Edappadi K. Palaniswami to order the release of her son, at least on leave.