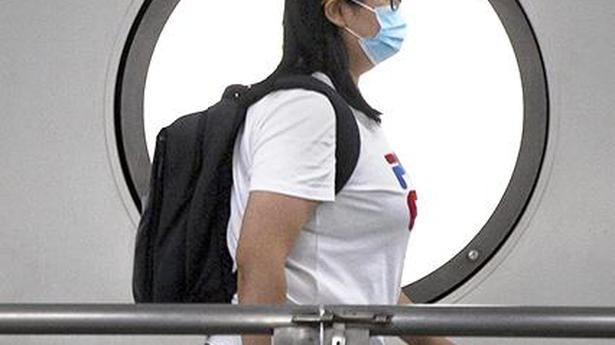 Urumqi, the capital of China’s far western region of Xinjiang, has gone into “wartime mode” and launched an emergency response plan after the city reported 16 new COVID-19 cases on Friday.

State broadcaster CCTV cited unnamed officials as telling a press conference on Saturday that the city had suspended gatherings and ordered communities to restrict visits to other households.

It urged people not to make unnecessary trips outside the city and ordered infection tests for anyone who needed to leave Urumqi, aiming to prevent the spread of the virus.

It has also carried out city-wide free infection tests, officials told the press conference as part of what the officials termed a ”wartime” response.

On its official Weibo account on Saturday, the regional government said all recent new infections and asymptomatic cases reported in the autonomous region were in Urumqi.

Rui Baoling, director of the disease control and prevention centre in Urumqi, told the news conference that recent cases in the city were associated with a cluster of activities, with all confirmed cases and asymptomatic infections reported in Tianshan District, CCTV said. She didn’t say what activities were involved. “The epidemic has developed rapidly,” Ms. Rui was quoted saying.

Xinjiang, home to most of China’s Uighur ethnic minority, has so far mostly avoided the worst of the COVID-19 pandemic which erupted in the central Chinese city of Wuhan late last year. As of July 17, the region reported a total of 17 cases, plus 11 asymptomatic cases. Another 269 people were under medical observation, according to the regional health commission. It reported another 12 asymptomatic cases as of noon on Saturday.

The city launched an emergency response plan on Friday to analyse confirmed cases and asymptomatic infections, state broadcaster CCTV reported, adding the government would carry out epidemiological investigations to trace the source of the infection in order to make sure no one was missed.

“The epidemic situation is generally controllable,” Mr. Rui was quoted as saying to state media.

Epidemic control measures in the city have led to the cancellation of more than 600 scheduled flights at Urumqi Diwopu International Airport, or more than 80% of the usual daily total, figures from aviation data firm Variflight showed.

Including the 16 cases in Urumqi, China reported 22 new COVID-19 cases on the mainland for July 17, up from 10 a day earlier, the health authority said on Saturday. Six others were imported cases.

China’s capital Beijing suffered a flare-up of COVID-19 infections last month, in response to which the government re-imposed strict control measures that were used across the country earlier in the year to stifle the first wave of infections. The measures appear to have controlled the outbreak.