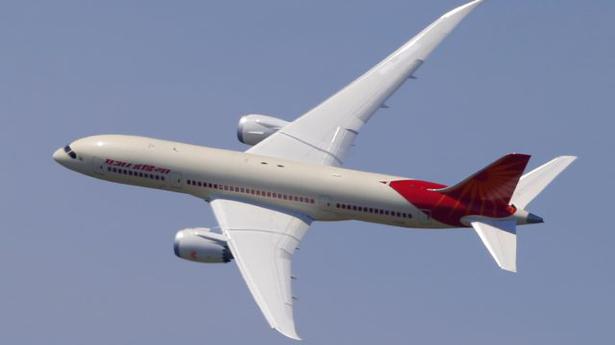 Air India has made it mandatory for its pilots and cabin crew members to check and confirm that their pre-flight COVID-19 test results are negative before they operate an aircraft, according to an official communication issued hours after the Delhi-Moscow flight incident involving a pilot on May 30.

An Air India flight from Delhi to Moscow with no passenger on-board was asked to return midway on May 30 after its ground staff realised that one of the pilots of the plane had tested positive for coronavirus but was assigned the duty following an oversight by a team checking pre-flight medical reports of the crew.

“The COVID-19 test is being conducted by the airline at a substantial cost, with considerable effort. As it is a recent procedure and there is a shortage of staff in office, there is a possibility of an oversight in this matter,” said Captain R.S. Sandhu, Executive Director (Operations), Air India in a circular, which has been accessed by PTI.

“The test is primarily designed to mitigate the risk of transmission among the crew. Every effort will be made by the personnel dealing with the testing and rostering of crew to ensure that the reports are checked before crew is being rostered for a flight,” he stated in the circular.

However, it is imperative that the individual crew member also checks and reconfirms his or her test result, Mr. Sandhu said.

“In case of any oversight in this matter, not only are there avoidable adverse operational issues, tarnishing the image of the airline, but also irresponsible exposure of a fellow crew member to this disease,” Mr. Sandhu mentioned.

“Therefore, it is mandatory for every individual crew member to check and confirm a ‘negative’ report result, before undertaking a flight. Any laxity in this matter will be dealt with severity,” he added.

About Saturday’s incident, two senior bureaucrats had said there was a “lapse” on the part of officials responsible to scrutinise the coronavirus test reports of the crew members and that aviation regulator DGCA has already begun an investigation into the case based on a preliminary report by the airline.

The Airbus A320 plane departed around 7.15 am on Saturday for Moscow to bring back a group of stranded Indians under the Vande Bharat evacuation mission and it was back in Delhi by 12.30 p.m. following orders from the authorities, the officials said.

They said the airline officials tasked to examine medical reports of the crew did not look at the pilot’s test results properly before assigning him the duty.

According to standard operating procedure, pilots and other crew members of any flight are required to undergo mandatory testing for coronavirus and are assigned duties if the laboratory results are negative.

The plane with registration number VT-EXR was in the airspace of Uzbekistan when it was told to return. All crew members including the Delhi-based pilot with coronavirus infection have been quarantined after they arrived in Delhi, the officials said,

“In this case, the airline officials did not look at the pilot’s test results properly and deemed him fit to fly, assuming that he is COVID-19 negative, even when the test results stated otherwise,” said an official in the DGCA.

In a statement, Air India had said on May 30 that it recalled the aircraft immediately when it was noticed that one of the cockpit crew had tested positive in the pre-flight COVID-19 test.

“Immediately after landing all cockpit and cabin crew have been tested and all laid down medical precautions are being taken to ensure their health and safety. Another aircraft has taken off today to operate the Vande Bharat flight from Moscow to Delhi,” Air India said.