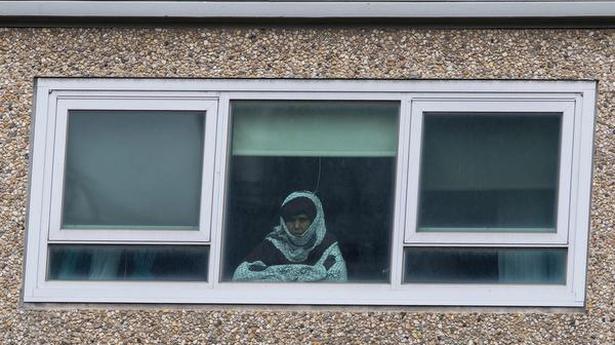 Australia has been among the world’s most successful countries in containing its coronavirus outbreak – with one exception.

The southeastern state of Victoria had some of the nation’s toughest pandemic measures and was among the most reluctant to lift its restrictions when the worst of its outbreak seemed to have passed.

But as most of the country emerges from pandemic restrictions, the virus has resumed spreading at an alarming rate in Victoria’s capital, Melbourne. The city is buckling down with more extreme and divisive measures that have ignited anger and arguments over who is to blame.

Victoria Premier Daniel Andrews said on Tuesday that the entire city and some of its surroundings will be locked down again from Wednesday night under tougher restrictions than that imposed during the first shutdown that started in March.

“We are in many respects in a more precarious, challenging and potentially tragic position now than we were some months ago,” Andrews said.

About 3,000 residents of nine public housing high-rise buildings were given just an hour’s notice at the weekend before being prohibited from leaving their apartments for at least five days.

“The amount of police officers makes us feel like we’re criminals,” said a resident of one of the buildings, Nada Osman. “It’s overwhelming. It’s scary. It’s like we’re caged in.”

Forty suburbs that are virus hot spots have been locked down by postal code since last week, with the result that businesses and households in some areas face restrictions while the ones across the street from them do not.

“The line has to be drawn somewhere and I think most people can understand that,” Maria Iatrou, whose cafe is restricted to takeout because it is on the wrong side of a suburban border, said before the citywide lockdown was announced.

“But that doesn’t take away any of the frustration and disappointment associated with having to live with these restrictions again because we’re unlucky enough to belong to one of these post codes,” she said.

Victoria authorities had been praised for their aggressive testing and contact tracing. Melbourne researchers developed what they describe as the world’s first saliva test for the coronavirus, a less accurate but more comfortable diagnostic tool than nasal swabs, in an effort to encourage more people to agree to door-to-door testing.

It’s an extraordinary situation that raises questions about how Australia’s second-largest city fell so far behind the rest of the country.

Most if not all the blame is being directed at lax controls at quarantine centers set up in two Melbourne hotels.

Australian citizens and permanent residents returning from overseas are required to spend 14 days in strict hotel quarantine. Genomic sequencing that identifies which virus strains are circulating in specific clusters indicates the city’s expanding outbreak is emerging from hotel quarantine guards and guests.

Critics of the Victoria government blame a decision to use private security contractors to enforce the quarantine.

Sydney, Australia’s largest city, which in the early days of the pandemic had the country’s highest number of daily new cases, chose to use police and the military to provide hotel security, with greater apparent success.

Media reports have alleged security firms charged the Victoria government for hotel guards that were not provided and that guards had sex with quarantined hotel guests and allowed families to go between rooms to play cards.

The Victoria government has largely shut down public debate on what went wrong by appointing a retired judge to hold an inquiry. Government officials maintain it would not be appropriate to make public comment before the judge reports her findings on Sept. 25.

But the government acknowledged infection control failures and has changed its system. State prison workers now oversee hotel quarantine and international travelers are no longer allowed to land at Melbourne airport.

Premier Andrews has defended plans to employ grounded Qantas flight crews to work with the prison guards in the hotel quarantine against union complaints that the crews were offered little training.

“There are very few groups of people who take safety more seriously and know and understand safety protocols and dynamic environments and the need to always go by the book than those who work in our aviation sector,” Mr. Andrews said.

Victoria is not the only Australian state where lax quarantine security has been exposed. A 35-year-old returned traveler in Western Australia state in April became the first person in the country jailed for breaching a quarantine order after a security camera showed he wedged open a fire exit door to sneak out from a Perth hotel to visit a girlfriend. No state but Victoria has recorded a virus cluster from such a hotel quarantine failure.

Catherine Bennett, an epidemiologist at Melbourne’s Deakin University, said the city could be having similar success as the rest of Australia in virtually eliminating community transmission if not for the hotel quarantine breaches that allowed security guards to bring the virus home to their suburbs.

“We’ve had multiple positive people take the virus home at the same time into extensive multi-household families just after Victoria had relaxed its restrictions,” said Ms. Bennett, who lives outside the 40 shutdown suburbs.

“Luck comes into it. You just need one person positive in a setting where it can take off to have a problem. That setting probably exists in cities all around Australia,” she said.

Victoria officials wonder how many of Melbourne’s residents will continue social distancing during their second lockdown as they see the rest of Australia lift restrictions.

Australia is trying to contain rather than eradicate COVID-19. Outbreaks are expected and the strategy is to isolate those infected through contact-tracing and testing. The wider community is protected through local lockdowns of the cluster areas.

Ms. Iatrou said the current lockdown has made a “massive difference” in earnings at her cafe in the suburb of Ascot Vale.

She said before news of the Melbourne-wide shutdown, that businesses such as hers are not the problem, but are being forced to endure a disproportionate financial burden.

The mood was different in March when the burden was shared in a nationwide shutdown.

“It is a very different environment this time around. It’s become a lot more of an ‘us-and-them’ situation where before it was ‘us’ only,” she said.

“It is very, very difficult not just for me personally, but for every single trader and business owner out there in one of these lockdown suburbs because it is no longer a level playing field,” she said.