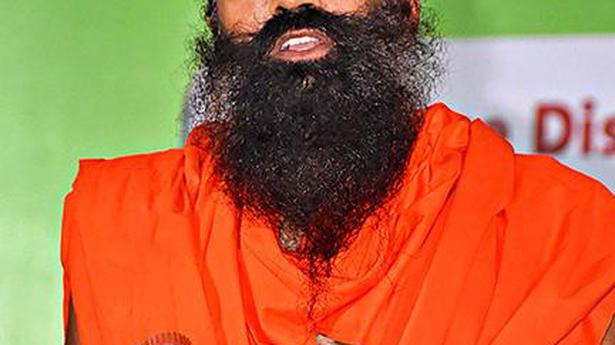 Earlier in June, the AYUSH Ministry had restricted Patanjali from selling the drug as a cure for the virus instead allowing it to be sold only as an immunity booster.


Patanjali Ayurveda is witnessing a demand of around 10 lakh packs daily for its controversial COVID-19 immunity booster medicine Coronil, according to yoga guru Ramdev.

The Haridwar-based company is struggling to meet the demand as it is able to supply only around one lakh packs, Mr. Ramdev said on Wednesday.

“Today we have a demand of 10 lakh packs of Coronil daily and we are able to supply only one lakh,” he claimed.

Stressing that Patanjali Ayurveda had priced it only at ₹500, Mr. Ramdev said: “Had we put a higher price of even ₹5,000, in this COVID-19 times, we could have easily earned up to ₹5,000 crore from this. But we have not done so.”

Earlier in June, Mr. Ramdev had claimed that Coronil can cure Covid-19 patients. However, the AYUSH Ministry immediately put restrictions on Patanjali over selling it. Later, the Union Ministry confirmed that Patanjali can sell the product only as immunity booster but not as a cure for COVID-19.

The Madras High Court had restrained Patanjali from using Coronil trademark till July 30, over a petition filed by a Chennai-based company.

Mr. Ramdev said industry leaders should work with honesty to build a brand on which people have trust and it needed a long term approach. “To maintain that trust, you have to work honestly with dedication,” he said.

He also asked people to have patience during the pandemic in order to come out of the health crisis.

According to him, Patanjali has become a brand, which is a combined result of efforts, respect for traditional knowledge and hard work.

“Now Patanjali has become a big brand. The success mantra of Patanjali is – knowledge, faith, respect and efforts only,” he said. “Several companies mocked us with derision saying Patanjali has faith but not science,” he added.

“Today we have over 500 scientists working for us. We could not have done this, if we had no knowledge about it,” he said.

According to him though he believes in guru—shishya tradition, religion and culture, he also has faith in scientific temperament.

We have made our cow ghee a brand worth ₹1,300-1,400 annual turnover, he said adding that several companies, operating in the segment, failed to create such a big brand.

Patanjali group has an estimated turnover of around ₹10,500 crore. It had acquired the debt-ridden Ruchi Soya in a corporate insolvency resolution process for around ₹4,350 crore after competing with Adani Group.