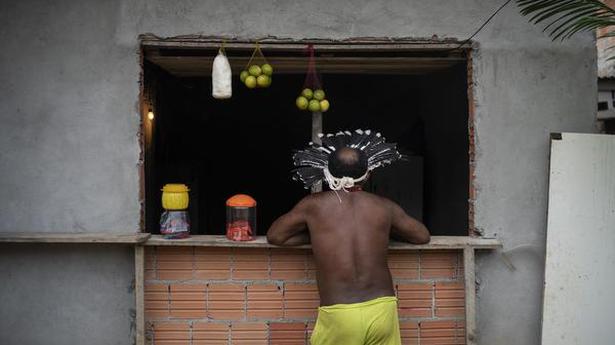 Coronavirus is spreading fast through Brazil’s indigenous populations, with deaths caused by the disease increasing more than five-fold in the past month, according to data collected by a national association of first peoples.

Many epidemiologists had hoped remote locations might protect the tribes, but the virus, which first took hold in Brazil’s cosmopolitan state capitals of Sao Paulo and Rio de Janeiro, is increasingly devastating these far-flung communities where basic healthcare is often precarious.

For many indigenous it harks back to a dark past.

Deaths among Brazil’s indigenous populations rose to 182 by June 1, from 28 at the end of April, according to the Articulation of Brazil’s Indigenous Peoples (APIB) – a national umbrella association that brings together the country’s 305 tribes.

In the village of Sororū in southeastern Parŕ, tribesman Itamarş Surui said people were falling ill but the government had not provided tests to confirm whether they have COVID-19.

“I am feeling dizzy with fever and stomach pains. Many are ill in the village and we have no help,” he said.

The official figures provided by Brazil’s government put the number of dead at 59, as they only classify indigenous deaths as those occurring among tribes living on reservations but not those who have migrated to cities.

Brazil’s Health Ministry, which collates the data and provides medical assistance to indigenous tribes, did not immediately respond to a request for comment.

The numbers may be small compared to the rest of Brazil, which now has the second largest outbreak in the world, but they are significant because they show the virus has taken hold in vulnerable communities where doctors fear the spread will prove devastating.

Erik Jennings, a doctor working with indigenous populations, said the death toll provided a snapshot of what was happening weeks ago, due to an underreporting of cases and the time it often takes for a patient to pass away. “Today’s reality is much worse,” he said, adding that a severe lack of testing made it hard to know exactly how bad the situation was.

On Tuesday, the Pan American Health Organization said it was very concerned about the rate of contagion among indigenous populations in the Amazon.

Douglas Rodrigues, another doctor, who has worked with indigenous tribes for 30 years, said he feared for the tribes in the rainforest state of Amazonas, where the only public hospitals equipped with ventilators are located in Manaus, the capital, and already are at full capacity. “In Amazonas, the disease is a death sentence,” he said.

Brazil’s first indigenous reservation, the Xingu Park where 16 tribes live and Mr. Rodrigues is based, blocked access to outsiders and has so far had no cases of COVID-19. “But the danger is great because contamination is close by,” he said.

The only intensive care units in the vast state of Amazonas are also located in Manaus, where a wing for indigenous COVID-19 patients was opened last week.

But even there access for indigenous people is complicated. On Wednesday, indigenous women protested outside the hospital because tribal shamans were not being allowed in and they could not bring herbal medicines to a relative with COVID-19.

In southern Parŕ, the state neighboring Amazonas, the virus has taken hold in towns around the world’s largest iron ore mine.

The Xikrin tribe in the area is suffering. Bep Karoti, a 64-year-old Xikrin chief, died of COVID-19 on Sunday in the village of Catetş, which is an eight-hour drive to the nearest city with intensive care facilities.

The village of 900 indigenous people has 54 confirmed cases of COVID-19 so far, and five deaths, the latest a child who died Wednesday morning.

“It is so sad. The child died with a bad infection in the lungs,” Catetş community leader Tekore Velho said in a message.