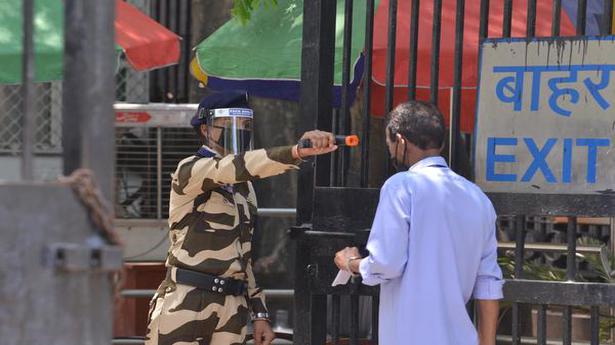 Amid surge in coronavirus cases, recovery rate of coronavirus patients in the national capital has gradually fallen in the last 10 days, dipping to 39.58 per cent as reported on June 4, according to official figures.

This is the first time in the past two weeks that the recovery rate has fallen below 40 per cent.

Delhi recorded 1,359 fresh coronavirus cases on Thursday, taking the COVID-19 tally in the city to over 25,000-mark, and the death toll due to the disease mounted to 650, authorities said.

As many as 9,898 patients have recovered, been discharged or migrated so far, while there are 14,456 active cases, the Delhi health department said in its bulletin a day earlier.

This pegs the recovery rate as reported on June 4 at 39.58 per cent.

Prior to that the rate varied from 48.18 per cent on May 25 to 40.35 per cent on June 3, according to the figures shared by the Delhi heath department in its bulletins.

The May 26 bulletin said, there were 6,954 patients who had recovered, been discharged or migrated, while there were 7,223 active cases. The death toll on that day stood at 288.

A total of 44 fatalities were reported on June 3, which took place between May 3 and June 3, the Thursday bulletin said.

Seventeen deaths took place on June 2, it said. Nearly 1300 fresh cases were reported on that day.

The number of daily fresh cases recorded from May 28-31 stood at 1024; 1106; 1163; and 1295 respectively. In a joint virtual press conference with Delhi Heath Minister Satyendar Jain, Deputy Chief Minister Manish Sisodia on Thursday had urged people who were infected with coronavirus but asymptomatic, to remain at home and isolate themselves.

The government has been maintaining the recovery rate of patients, who are home quarantined, has been in the range of 80-90 per cent.