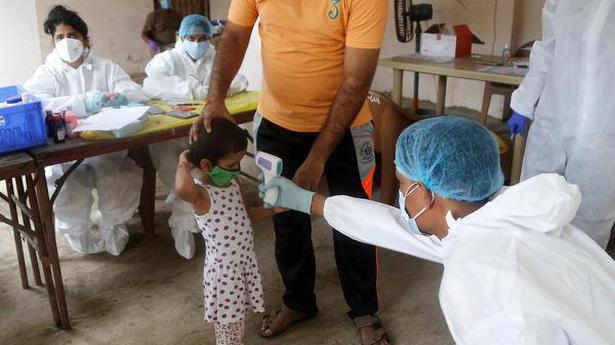 The five States with high active caseload were also the ones that were now reporting a high recovery rate. Maharashtra, Andhra Pradesh, Tamil Nadu, Karnataka and Uttar Pradesh were reporting 59.8% of the active cases. They were also contributing to 59.3% of the total recoveries. 90% of the new recoveries were reported from 16 States and U.T.s, the Ministry said.

Positivity rate less than 10% in all districts: Health Minister

Friday said positivity rates were less than 10% in all districts of Tamil Nadu.

“For the first time, the positivity rate is less than 10% in all districts in the State. At one point, the positivity rate was 30% in Chennai and we have brought it down to less than 10%. Now, COVID-19 cases are under control, including in districts such as Cuddalore, Krishnagiri, Coimbatore and Salem,” he told reporters, after inspecting a newly-set up 120-bed ward at the Rajiv Gandhi Government General Hospital (RGGGH).

While Maharashtra reported 21,656 new COVID-19 cases on Friday, the State recorded its highest single-day recoveries as 22,078 patients were discharged.