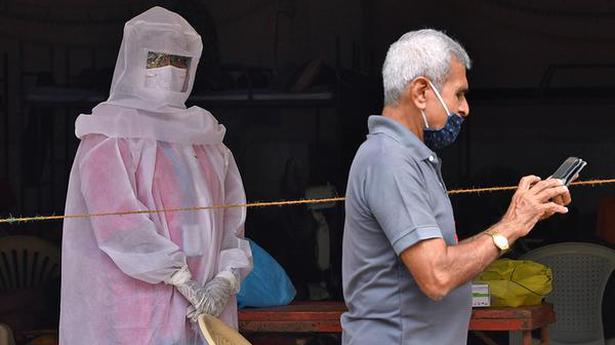 Union Health Minister Harsh Vardhan on Monday said the first vaccine for COVID-19 is likely to be available in the first quarter of 2021.

“Research to develop a vaccine is being done expeditiously. There are at least three such viable vaccine candidates (Covishield, Covaxin and ZyCov-D) that are in the phase of clinical trials right now in the country. We’re hopeful that within 1st quarter of 2021 it will be available,” Dr. Vardhan was quoted as saying by the news agency ANI.

Labs in Delhi have a capacity to conduct around 19,500 RT-PCR tests a day to detect COVID-19, a review by the Delhi government has shown, said officials.

Till now, the Delhi government had maintained that the capacity was around 14,000 RT-PCR tests a day and that an average of 9,626 such tests were done daily in September.

The review was done after the Centre last week informed the Aam Aadmi Party (AAP) government that Delhi has the capacity to do 27,000 RT-PCR tests daily.

“After the Centre sent a list which said that city labs can do 27,000 tests, the Delhi government reached out to the labs individually. According to data from the labs, Delhi can do around 19,500 RT-PCR tests a day, which is much less than the Centre’s figures,” a government official told The Hindu.

In a raid conducted at Melarkad near Alathur on Sunday, an Excise team had arrested the three and seized 34 litres of spirit and 440 litres of toddy mixed with spirit.

In an antigen test conducted at the District Hospital here on Monday, they tested positive for the virus. Subsequently, all officers involved in the spirit seizure went into quarantine.

Maharashtra Chief Minister Uddhav Thackeray on Monday agreed in-principle to reopen restaurants in the State in the first week of October.

In an interaction with representatives of associations of restaurateurs from Mumbai, Pune, Aurangabad and Nagpur via videoconferencing, Mr. Thackeray said all restaurants will be initially allowed to operate at 50% capacity and they will have to follow the standard operating procedures (SOP).

Mr. Thackeray said, “Strict following of the SOP once finalised, and maintaining physical distancing, sanitation and safety is the formula to reopen restaurants.” He said the government is aware of the financial troubles faced by the industry and its demands for waiving various fees.

With a larger-than-usual stage, spaced-out seating for a masked audience and actors armed with negative COVID-19 test results, the National School of Drama is preparing for its first production since the pandemic shut down all public spaces in March.

Three shows of ‘Pehla Satyagrahi’, a play about the life of Mahatma Gandhi written by Ravindra Tripathy, have been planned this week in commemoration of Gandhi’s birth anniversary, NSD director-in-charge and the director of the play, Suresh Sharma, said on Monday. The shows, one each on Friday, Saturday and Sunday, will be at 6.30 p.m. in an open-air auditorium at the NSD’s Bhagwan Das Road premises.