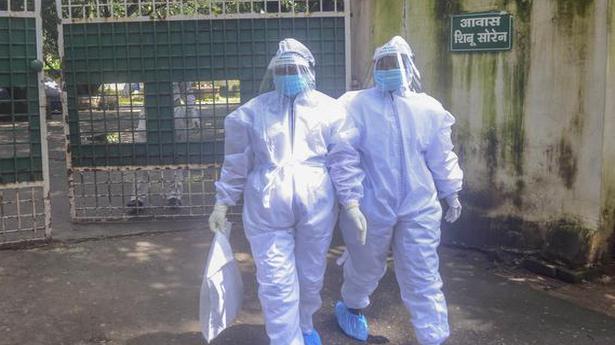 Samples of 29 people in Soren’s household were collected for examination, of which seven were found to have contracted the disease.


Former Jharkhand Chief Minister and JMM president Shibu Soren and his wife Roopi, along with seven others in their household, have tested positive for COVID-19, official sources said.

All of them are undergoing home quarantine, they said.

Samples of 29 people in Soren’s household were collected for examination, of which seven were found to have contracted the disease.

Earlier, the Chief Minister had taken the test on two separate occasions — first time after coming in contact with infected cabinet colleague Mithilesh Thakur, and the second time after 17 employees at his office were diagnosed with the disease.

The Chief Minister’s wife and several other members at his official residence will also undergo the test on Monday, the sources added.

Haryana: Record of empty shells must for arms licence holders in...