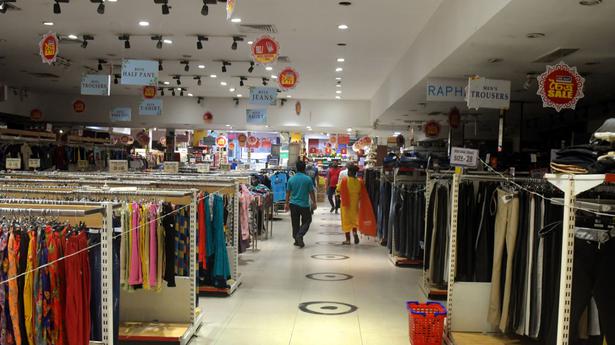 West Bengal Chief Minister Mamata Banerjee has announced a number of relaxations to the lockdown in the State, which will come into effect from June 1. Government and private offices in the State will be allowed to open from June 8.

The relaxations come at a time when the number of COVID-19 cases in the State has increased. The districts of north Bengal have not recorded a spurt in cases.

“Public sector and private offices will function from June 8. Schools will remain closed in the month of June,” she said late on Friday.

Ms. Banerjee said that religious institutions and places of worship will open from June 1. Tea and jute sectors will operate with 100% staff from June 1, she added.

“Only 10 persons will be allowed in these places at a time,” she said. As far as public transport is concerned, the Chief Minister said that buses will accommodate as many passengers as the number of seats.

Ms. Banerjee said on social media that for the private sector, the “prerogative lies with the respective managements of private entities to decide on workforce capacity and act accordingly”.

She said that with multiple crises in the State, the government had decided “to increase State government workforce capacity from 50% to 70%”. “Continuation of relief and restoration work is one of the top priorities and this workforce increase will ensure that public services are uninterrupted and unhindered,” she added.

The Chief Minister expressed concern over the way Shramik Special trains were bringing migrant labourers to the State. “If thousands can travel in crammed trains, I feel that temples and mosques can also open,” she said.

Ms. Banerjee said that nothing was stopping the railways from running more trains. “I was the Railway Minister. I know there are 20 to 25 coaches to a train. Thousands are travelling in a crammed condition for 48 hours. Those who are not infected are getting infected,” she said.

The Chief Minister asked whether the railways had turned Shramik Special trains into “corona express.” “In the rural areas of the State, the people are calling the trains bringing migrant workers ‘Corona Express’,” she said.

Ms. Banerjee also added that about five lakh migrants had come to the State in about 75,000 through trains. She also added that many migrants are coming from COVID-19 hotspots like Delhi and Maharashtra and have been tested positive for the infection.

Expressing her helplessness in containing the spread of the disease, she said, “It is not in her hands any more”. “Now I have nothing to do. You can sleep with corona by your side. Make it your pillow. I am sorry,” she added.

West Bengal on Friday recorded 277 new cases of COVID -19 infection, taking the total number of cases to 4,813. Seven more deaths were reported, taking the toll to 302, including 72 that the State government says were due to co-morbidities.

Cases of COVID-19 infection was recorded from 18 of 22 districts in West Bengal and Kolkata. Nadia, Uttar Dinjapur and Purba Bardhaman recorded a spike in the number of cases, even as the highest number of cases were recorded from Kolkata, followed by North 24 Parganas and Howrah.

Earlier on Friday, the State’s Fire and Emergency Affairs Minister Sujit Bose tested positive for the contagious viral infection. Mr. Bose, along with wife who has also tested positive, are under home quarantine.