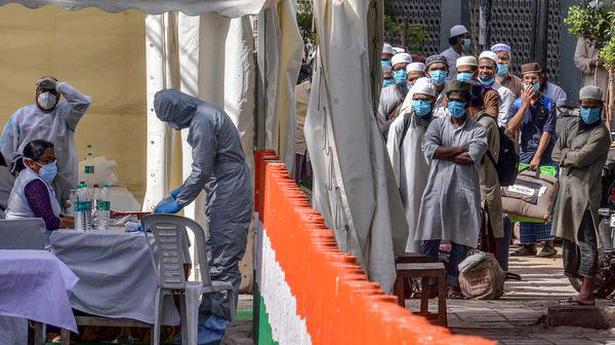 The Home Ministry has blacklisted 2,550 foreign Tablighi Jamaat members who were staying in India during the nationwide coronavirus lockdown in violation of visa rules, and they would not be allowed to enter the country for 10 years, officials said on June 4.

Also read: Explained | Who are the Tablighi Jamaat?

The action has been taken by the Home Ministry after various State governments provided details of the foreigners who were found to be illegally living in mosques and religious seminaries across the country.

The Home Ministry has blacklisted 2,550 foreign Tablighi Jamaat members and banned their entry into India for 10 years, a home ministry official said.

Action against the foreign Tablighi Jamaat members was first taken after over 2,300 people, including 250 foreigners, belonging to the Islamic organisation were found to be living at its headquarters located at Delhi’s Nizamuddin soon after the nation-wide lockdown was announced in March. Several of these members had tested positive for coronavirus.

The lockdown from March 25 was announced by Prime Minister Narendra Modi to combat the coronavirus pandemic.