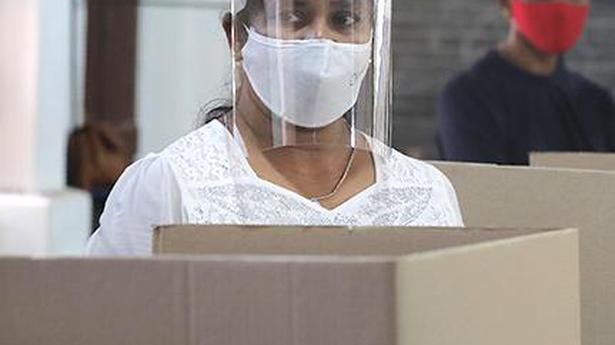 Sri Lanka staged a mock election on Sunday to test measures aimed at preventing the spread of COVID-19 during a parliamentary vote in August. The poll was due to be held on April 25 but was put off and then postponed indefinitely due to the epidemic, which official figures show has infected nearly 2,000 people and killed 11. The Election Commission said on Wednesday that the vote would be held on August 5.

The island nation of 21 million people has steadily lifted its lockdown restrictions, although a night curfew remains.

The new health measures — to be implemented at polling booths and counting centres — were trialled in four of the 22 electoral districts, Commission chairman Mahinda Deshapriya told reporters. “We were very pleased to see that all those who volunteered to take part in this exercise today wore face masks,” he said. “Officials and polling agents will be behind clear plastic screens or wear face shields. We have also ensured that voters will stand a metre apart when they queue up.” Voters will also be required to bring their own pen or pencil to mark ballot papers.

President Gotabaya Rajapaksa, who won a landslide at November’s presidential polls, has been hoping the parliamentary vote would secure his party a two-thirds majority and give him sweeping powers to govern the nation.