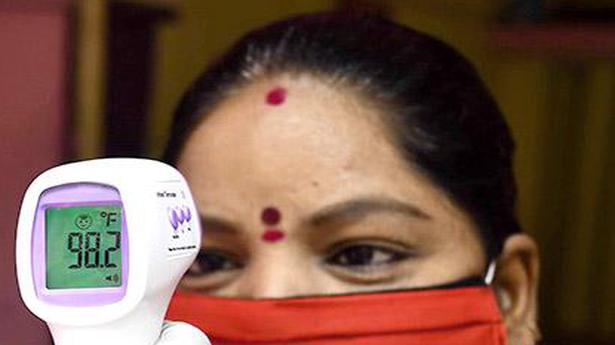 Royapuram continues to report the highest number of cases. But the largest number of influenza like illness (ILI) cases were reported at the fever clinics in Tondiarpet on Tuesday.

The Corporation on Tuesday screened 39,673 residents at 532 locations and identified 2,121 ILI patients. The civic body has tested all the patients for COVID-19. Results are awaited. Residents want the Corporation to announce test results the same day as was being done by private laboratories.

Corporation Commissioner G. Prakash said the results of the tests would be released in 24 hours. “We have restricted 90% mobility. This will prevent the spread,” said Mr. Prakash.

Pointing to the increase in testing, Mr. Prakash said the civic body had tested 2.35 lakh residents. “Over 85% of the residents have been tested in government facilities. At least 30,000 patients have been cured in the city,” said Mr. Prakash.

“We have decided to develop the COVID-19 care centres in Anna University without taking over the Hostel,” he said.

Meanwhile, there were complaints that essential services, particularly delivery by e-commerce sites, had been disrupted in a few areas. Officials said vehicles carrying the goods of e-commerce sites for delivery did not have e-passes.

Twenty-one vehicles were seized on Tuesday. The representatives of the companies were asked by the police to get permission online.

When the representatives visited the government offices for getting permission on Tuesday, one of their vehicles was seized. Although online services had been permitted during lockdown, their representatives were not able to get passes.

Lack of coordination among the police, the Corporation and e-governance officials was said to be the reason for the confusion over e-passes.