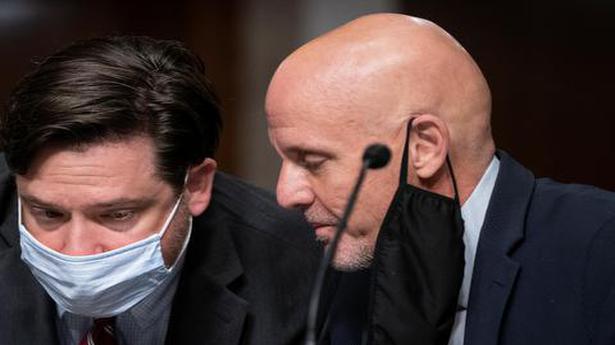 A senior administration confirmed the move Monday evening, saying the White House believed there was no clinical or medical reason to add additional screening protocols.

The White House has blocked new Food and Drug Administration guidelines on bringing potential vaccines for COVID-19 to market that would almost certainly have prevented their approval before the Nov 3 election.

At issue was the FDA’s planned requirement that participants in the ongoing mass clinical trials for nearly a half-dozen vaccine candidates be followed for two months to ensure there are no side effects and that the vaccines provide lasting protection from the virus in order to receive emergency approval.

A senior administration confirmed the move Monday evening, saying the White House believed there was no clinical or medical reason to add additional screening protocols.

The White House action was first reported by The New York Times.

FDA Commissioner Stephen Hahn has pledged that career scientists, not politicians, will decide whether any coronavirus vaccine meets clearly stated standards that it works and is safe. Vaccine development usually takes years, but scientists have been racing to shorten that time.

“Science will guide our decisions. FDA will not permit any pressure from anyone to change that, Mr. Hahn said recently.

“I will put the interest of the American people above anything else”, he said.

The FDA has faced criticism for allowing emergency use of some COVID-19 treatments backed by little evidence, but Hahn has said if vaccine makers want that faster path to market, they would face additional standards. Vaccines, unlike therapies, are given to healthy people and thus usually require more proof.

But President Donald Trump made clear last month that he was skeptical of any regulatory changes that might delay a vaccine’s authorisation, even if those changes are aimed at increasing public trust. Asked about the FDA considering stricter guidelines for emergency approval, Mr. Trump suggested the effort was politically motivated.

“I think that was a political move more than anything else, he said then, arguing that that the companies testing the vaccines, such as Pfizer, Johnson & Johnson and Moderna, are capable of determining whether they work.

“I have tremendous trust in these massive companies,” he said.

The senior administration official, who spoke on the condition of anonymity to discuss the action, said the White House was intent on getting a safe vaccine to market and wanted to make sure additional loopholes weren’t added that would slow down the process.

Jeff Bridges: Oscar-winning US actor reveals he has lymphoma