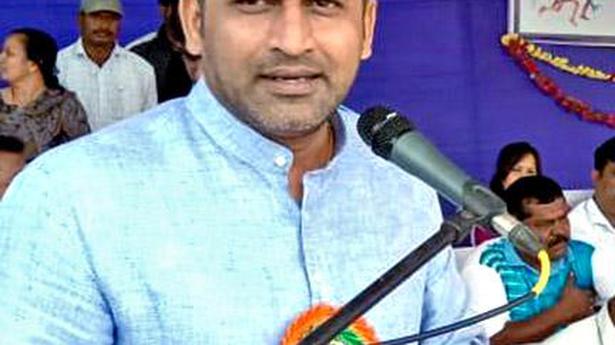 Hassan MLA Preetham J. Gowda has said Hassan city municipal council could be updated to a corporation once the population in its limits increases to three lakh. If the population census to be held in 2021 showed the figure, Hassan could become a corporation.

Speaking at a press conference, here recently, Mr. Gowda said the State government had brought in 25 villages located on the outskirts of the city under the ambit of the City Municipal Council. With this the population in the city limit would stand at 2.26 lakh, as per the census held in 2011.

Reacting to JD(S) leader H.D. Revanna’s comments that the proposal to include villages was submitted in his period, he said the proposal was rejected by the State government. “The earlier proposal was not in the prescribed order. The fresh one was submitted and was approved by the government”, he said. He commented that the JD(S) leader had the habit of claiming credit for all development works of the district. “He could claim credit even for Hoysaleshwara Temple at Halebidu or Bahubali statue at Shravanabelgola.” Further, he said the State government had sanctioned a project worth ₹ 165 crore to improve the underground drainage in the city. This was necessary to avoid filth reaching the Yagachi, which had been declared one of the polluted rivers. “Mr. Revanna, despite having clout in previous governments, could not get the project sanctioned. I have done this”, he said.

Claims on dinosaur eggs to be verified