Home News National COVID-19: ‘Majority of the people who died had comorbid conditions’ 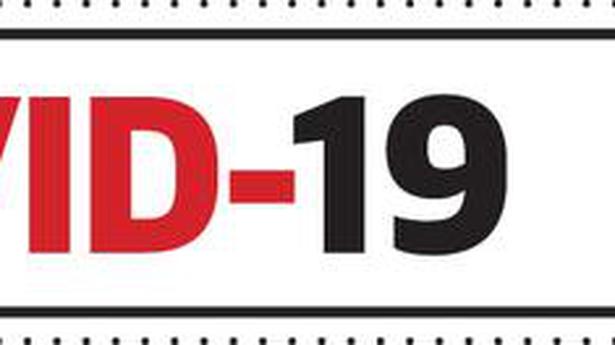 The external death audit team constituted by the Bruhat Bengaluru Mahanagara Palike (BBMP) to undertake an audit of all fatalities owing to COVID-19 in various hospitals in the city has observed that a majority of people who died were aged over 55 and had comorbid conditions/complications.

The observations were submitted to civic chief N. Manjunath Prasad.

Mortality was high within 72 hours of hospitalisation as a large number of patients were brought to the hospital after delay or were in bad clinical condition at the time of admission. The audit also noted that most of the patients who died had been admitted to ICU and ICU-ventilator beds, and a majority had major comorbid conditions/complications.

The committee, which had been formed after some hospitals recorded a high case fatality ratio, made several recommendations to be implemented at the community, institutional and administrative levels.

At the community level, it recommended strengthening monitoring protocols and follow-ups of patients in home isolation to identify complications early for timely hospitalisation. Facilities in ambulances also need to be reviewed in view of patient deterioration en route to hospitals, it noted.

At the institutional level, the committee underscored the need for standardisation of documentation and reporting systems with respect to death forms and presenting statistics to the BBMP, as there was mismatch in data sets.

With several medical college hospitals getting referrals from corporate and private hospitals and smaller government centres, it is essential that such serious cases are better managed in the initial stages in the same institutions to reduce hospital mortality, said the report.

Infrastructure gaps with respect to ventilators, oxygen availability and supply, manpower should be addressed, while protocols of treatment need to be uniform and rationalised. The committee also recommended addressing comorbid conditions and putting in place standard operating procedures and follow-up protocol, as well as closer monitoring of the elderly.

At the administrative level, it called for greater emphasis on community education on getting tested, seeking medical help early and removal of stigma associated with COVID-19. When it came to infrastructure, the committee recommended good quality ventilators and other equipment in government hospitals and enlisting more hospitals in the private sector to increase bed allocation etc. Regular internal death audits in all institutions, encouraging review of treatment protocols and addressing infrastructural and clinical defects have to be prioritised.

Mr. Prasad said that towards improving infrastructure, the State government had procured 200 ventilators – 100 each distributed to private and government hospitals. Installation will be completed over the next week.

Though the number of positive cases being reported had increased, there was no issue with regard to availability of beds, he maintained. He said there still were around 10% vacancy in the beds available for treatment of COVID-19 patients. “When the average cases reported were around 3,000 a day, the vacancy was around 20% to 30%. This has now come down to around 10%,” he said.

Mr. Prasad also said that two COVID Care Centres, each with 100 bed capacity, would be opened in Sarvagna Nagar and Shantinagar. “We will open more centres, if required. As of now, we do not foresee such a requirement,” he said, and added that residents’ welfare associations had been directed to help the civic body identify people with ILI/SARI, comorbidities, and elderly citizens.