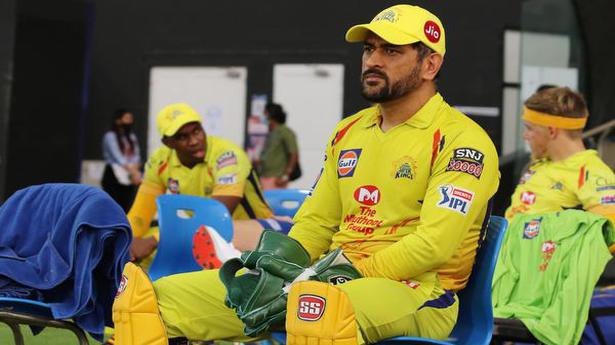 CSK finds itself in a hole at the halfway mark — just two victories and five defeats.

The side needs to win six of its remaining seven matches and even then, may have to reckon with net run-rate. There is a remote possibility of CSK going through with seven wins overall provided many other results go its way.

From the time the prolific Suresh Raina, at the pivotal No. 3, flew home because of personal reasons, things have gone wrong for CSK.

Tactically, CSK has been baffling. The Chennai outfit is a side of multi-dimensional cricketers but these men are of little consequence if they surface too late in the order.

For instance, Dhoni arrived in the 15th over against RCB. Ideally, the skipper should have surfaced at No. 3 and given himself the space, time and freedom to bat through the innings.

Ravindra Jadeja has been indifferent with the ball, but CSK has not utilised his immense batting ability. The southpaw needs to walk out when there are enough overs left.

Somehow CSK, save openers Shane Watson and Faf du Plessis, has not been dishing out smart cricket. Ambati Rayudu has been charging quick bowlers and missing his shots rather than caressing them with footwork and timing as he did in 2018.

N. Jagadeesan showed promise on debut, but CSK needs some serious rethinking on its composition.

In bowling, someone as skilful as Josh Hazlewood can swing games in Dubai where there is assistance for pacemen. Sam Curran, zestful and enthusiastic, has his limitations. Mitchell Santner is a match-winning, left-arm spinning all-rounder and he is warming the bench.

Then there is Imran Tahir, who can create a buzz on the field and lift the side with his energy. Specialists, who come with a clear role definition, have their advantages.

IPL Super Over: Know all the rules of the tie-breaker | Cricket News – Times of India