Home Sports CSK’s Boss: In 10 years, MS Dhoni will be a permanent fixture... 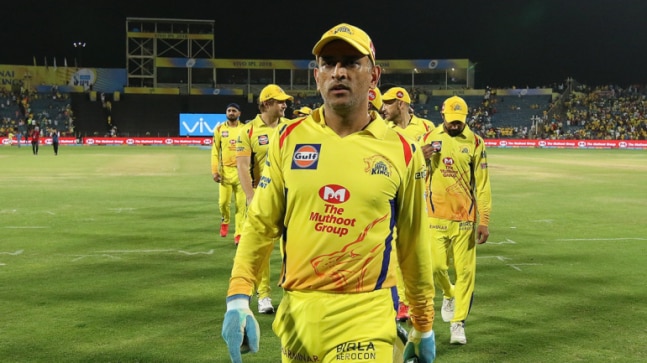 Chennai Super Kings CEO Kasi Viswanathan said he predicts MS Dhoni to be a permanent fixture of the Indian Premier League (IPL) franchise’s set-up in the next 10 years.

Viswanathan said Dhoni was determined to do well in IPL 2020 and the way he trained during the practice camp in March in Chennai was ‘unbelievable’. Speaking on the show ‘Dhoni Vazhi Thani Vazhi’ on Star Sports 1 Tamil on Dhoni’s 39th birthday, Viswanathan said the CSK captain will continue to be the best in the T20 league.

MS Dhoni is in the twilight of his international career, having not played competitive cricket since India’s exit in the 2019 World Cup. However, Dhoni turned up for CSK’s training camp in March before it was suspended due to the Covid-19 pandemic. IPL 2020 has been suspended until further notice but the Board of Control for Cricket in India is exploring options to host the tournament in September-October.

“In 10 years from now, my feeling is that he’ll be a permanent fixture in Chennai as the Chennai Super Kings Boss,” Viswanathan said.

“The kind of practice sessions he had was unbelievable. He was motivated to do well in the season. He is the only one. He is the best and he will be the best.”

‘We thought we should call him Thala’

Viswanathan also went to shed light on why the CSK stars and the management gave Dhoni the ‘Thala’ monicker.

“We suffered 4 consecutive losses at one point in time in the IPL. At the time, he went and met the team. He said only one thing to his teammates ‘I have gone through many times in my life. Believe in yourself and we can do it’.

While Dhoni’s international future is being widely speculated, it remains to be see how the CSK skipper will carry on playing in the IPL.

Former BCCI president and managing director of India Cements (owners of CSK), N Srinivasan had said last year that there is no doubt Dhoni will be retained by CSK in IPL 2021 auction.

“People keep saying when will he… how long will he play, etc. He will play. I can assure you. He will play this year. Next year he will go to the auction; he will be retained. So there is no doubt in anybody’s mind,” Srinivasan said.

Second seed Pliskova knocked out of Roland Garros by Ostapenko |...