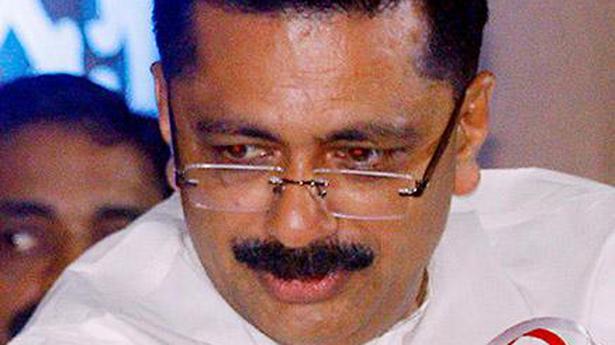 The Customs Department on Friday named Minister of Higher Education and Welfare of Minorities K.T. Jaleel as a ‘person of interest’ in offences relating to consignments of palm dates and the Koran received by the United Arab Emirates (UAE) Consulate in Thiruvananthapuram in 2017 and 2020 which were allegedly subsequently handed over to the State government.

Customs Commissioner Sumit Kumar said the offences pertained to “conspiracy to evade Customs duty by fraudulently claiming exemption.” The Customs would probe the role of the officials of the Consulate in the alleged conspiracy.

According to a senior official of the department, duty exemption granted to a diplomatic mission is conditional and it remains no longer valid when the conditions are violated.

“The consignments of 18 tonnes of palm dates which were stated to be for personal consumption and 4.5 tonnes of the Koran were eventually handed over to others without paying Customs duty. Doesn’t this amount to bypassing the Foreign Contribution Regulation Act (FCRA) norms?” asked the officer.

Ideally, either they should have sought permission from the Government of India or paid duty for the freights, he said.

The Customs, the official said, was looking into the 12 instances of exemption said to have been granted by the State Protocol Officer to the Consulate in 2017.

As for the consignment of the Koran in March this year, the official said that since Dr. Jaleel had himself admitted to receiving a part of the cargo, the agency would take a thorough look into it before summoning the Minister for questioning.

“But it’s not going to end there, as it involves dealings with a foreign mission. We need to find out the authority in Kerala government that had granted permission to do all this,” he added.