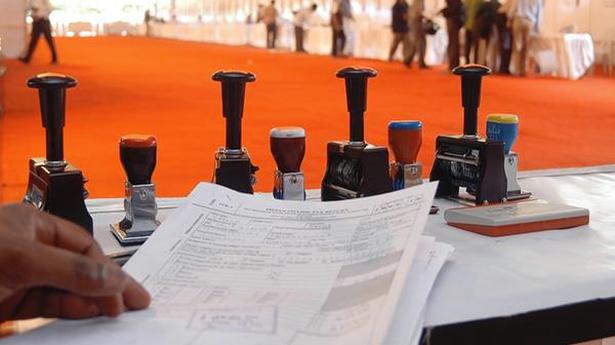 Fiscal deficit widens to 83% of the year’s target in the very first quarter; GST dropped 41% y-o-y


The government’s tax revenues recorded a massive shortfall in the first three months of FY21 due to the stringent COVID-19-related lockdown. While all tax heads recorded falls, GST dropped year-on-year by 41% in that period.

Even while revenue dwindled, expenditure recorded a marginal increase resulting in fiscal deficit widening to a whopping 83% of the year’s target in the first quarter.

The table compares the expenditure in Q1FY21 with the same quarter in the previous year. India spent 26.8% of this year’s target expenditure by the first quarter, while only 25.9% was spent in the same period last year.

Expenditure increased by 13.1% in the first quarter of FY21 compared to the same period last year. Due to revenue shortfall, fiscal deficit (revenue minus expenditure) widened to 83.2% of the year’s target, which is a record high for any first quarter.

Graph shows the GST collected in Q1 of FY21 and the change from the same period last year. Except two States in the Northeast, collections fell in all other States.

Olympics around the corner, would be lovely to have athletes train...