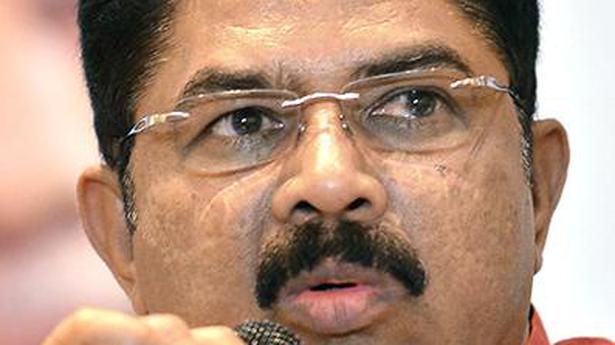 Amidst a growing number of complaints of patients being refused admission, the city will soon have two facilities dedicated for pregnant women who have tested positive for COVID-19.

Revenue Minister R. Ashok directed Bruhat Bengaluru Mahanagara Palike (BBMP) Commissioner B.H. Anil Kumar to set up the dedicated facilities in northern and southern parts of the city. This was following a meeting with a few councillors at the BBMP head office here on Monday.

Speaking to reporters after the meeting, he said councillors across party lines, had been urged to work on the frontline, contact patients who had tested positive for COVID-19, reassure them, ensure those who are symptomatic are admitted to hospitals. He directed the zonal commissioners to coordinate with the councillors in this regard, apart from cleaning and sanitising the areas.

Mr. Ashok said that the civic body had set aside ₹20 lakh per ward, which could be utilised for providing ambulance and transport facilities to patients, medicines for residents of sealed down areas, etc. The medical fund of ₹10 lakh per ward should be prioritised for providing aid to pregnant women and COVID-19 patients, he said and added that councillors had been instructed to ensure that the funerals for the deceased were performed in a dignified manner. “We have had complaints of bodies not being picked up. The councillors will monitor the situation and ensure such incidents do not recur,” he said.

Publicity material with do’s and don’ts and contact numbers of councillors, officials in-charge, police, etc., should be distributed. Videos of those who have recovered from COVID-19 should also be shot and shown to residents.

Mr. Ashok, while responding to a question, said those who test positive for COVID-19 should stay at home until BBMP sends an ambulance to pick them up, instead of approaching hospitals directly. He also said criminal proceedings would be initiated against hospitals that refuse treatment to any patient as per the Disaster Management Act.