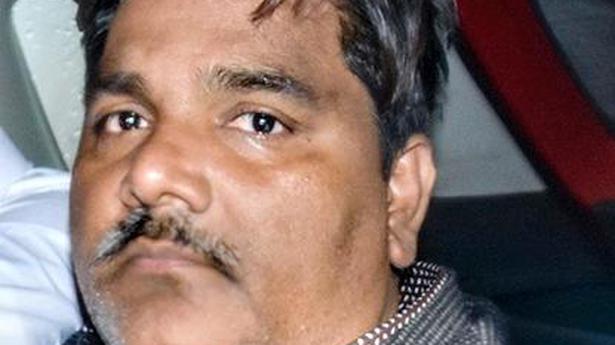 Suspended Aam Aadmi Party councillor Tahir Hussain allegedly used rioters as “human weapons”, who on his instigation could have killed anybody, said a Delhi court on Monday while dismissing his bail plea.

Mr. Hussain is an accused in the murder case of Ankit Sharma, an employee of the Intelligence Bureau, during the communal violence in north-east Delhi in February.

“I find that there is enough material on record to presume that the applicant was present at the spot of the crime and was exhorting rioters of a particular community… he did not use his hands and fists, but rioters as ‘human weapons’, who on his instigation could have killed anybody. It is apparent that witnesses whose statements have been recorded are residents of the same locality and they can easily be threatened by a powerful person like the applicant [Mr. Hussain],” the Judge said.

The Judge, however, clarified that anything stated in the order was based upon “prima analysis of material available on record at this stage, which is yet to be tested on the touchstone of trial”.

In the chargesheet, the police has alleged there was a deep-rooted conspiracy behind Ankit’s murder as he was specifically targeted by a mob led by Mr. Hussain.

The chargesheet said the autopsy had revealed that there were 51 injuries on Ankit’s body.

‘Dignity of the Chair devalued’