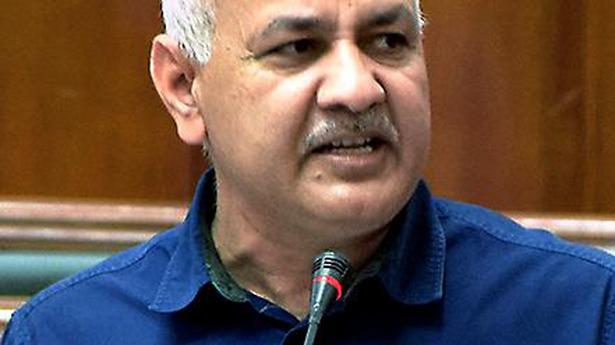 Manish Deputy Chief Minister Sisodia on Sunday said that the Delhi government has sought an aid of ₹5,000 crore from the Centre to help pay salaries of Delhi government employees as it had suffered a loss in revenue due to the COVID-19 pandemic.

Mr. Sisodia said that after reviewing the Delhi government’s minimum expenses, it was found that the government needs around ₹3,500 crore every month to pay salaries to employees and to meet other office expenses. “The GST collections in the past two months have only been ₹500 crore and after combining it with other sources, we have managed to collect ₹1,735 crore. But we actually need at least ₹7,000 crore,” Mr. Sisodia said.

In a digital briefing, Mr. Sisodia, who also holds the finance portfolio said that he has written a letter to the Union Finance Minister, seeking aid.

“Other States have received financial assistance from the Disaster Relief fund, but the Delhi government has not received any such aid yet,” Mr. Sisodia said. He added Delhi does not receive any sort of aid from the Centre usually, but now the State’s revenue has been severely affected due to the induced lockdown.

“It is about time we received some financial relief from the Centre to be able to pay salaries of our employees — teachers, doctors, engineers, civil defence personnel, etc. — involved in COVID-19 relief work,” he said.

In his letter, Mr. Sisodia said that for the financial year 2020-21, the Delhi Legislative Assembly has passed the budget of ₹65,000 crore. Of this, ₹35,500 crore constitutes committed expenditure towards establishment, devolution to local bodies and interest and loan repayment liability to the Government of India. In the normal course, he wrote, Delhi was confident in managing its budgetary requirement but due to the lockdown, the State needed immediate help from the Centre.

The one-time grant of ₹5,000 crore will thereby help Delhi tide over the immediate crisis. This will also facilitate the Delhi govt. in releasing the grants to the municipal corporations of Delhi who largely depend on the Delhi government to pay salary and other establishment,” Mr. Sisodia wrote.