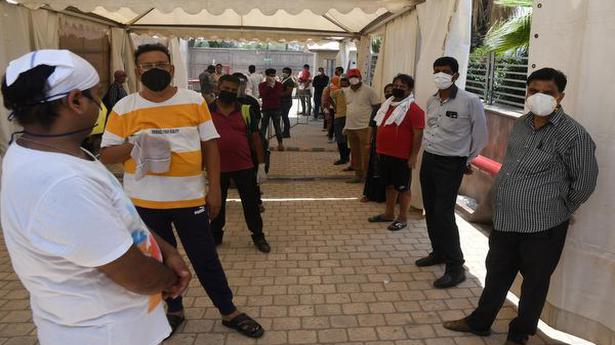 The number of COVID-19 containment zones in Delhi has risen to 417 after re-mapping of such areas, while around 2.45 lakh people have been screened in a mammoth exercise to check the spread of COVID-19 in the national capital, officials said on Sunday.

Also read: Coronavirus situation in Delhi ‘cause for concern but not panic’: Kejriwal

They said the count of containment zones is expected to jump further as the authorities in some districts were yet to complete the task of redrawing such areas following the Centre’s directions.

Before the re-mapping exercise, the number of containment zones was 280 in the city, an official said.

“We have screened around two lakh people for COVID-19 in house-to-house survey being conducted across the city. Also, 45,000 people have been screened in COVID-19 containment zones,” the official told PTI.

The process of screening every household has to be completed by July 6.

According to COVID-19 response plan issued by the Delhi government, the re-mapping of the containment zones should be completed by June 30.