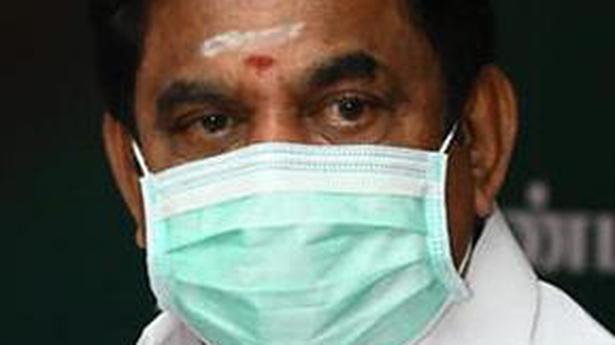 Chief Minister Edappadi K. Palaniswami on Friday denied the DMK’s charge that its elected representatives were prevented from attending COVID-19 review meetings in the districts.

Asked about the DMK’s charge that its representatives were being ignored in government programmes, he said, “These are testing times. The aim of the meeting is to contain the spread [of COVID-19]. Containment measures and implementation of government schemes are reviewed. Anyone can attend these meetings, none of them have been stopped; just that persons attending must undergo COVID-19 tests. Otherwise the entire district administration will come to a halt. It is not the government’s motive to ignore anyone.”

Regarding the resumption of public transport, the Chief Minister said that it was stopped as part of containment measures. “Many will travel using public transporta and contact tracing will then become difficult. It is the government’s responsibility to save precious human life and we are doing it. People should extend cooperation,” he said.

He added that the e-pass system for inter-district/inter-State vehicular movement was being followed as part of contact tracing.

He visited a Siddha-based 200-bed COVID-19 care centre, set up near Ernapuram, and inspected the construction of a medical college hospital.

Mr. Palaniswami said that check dams would be built across the Cauvery river in Anichampalayam in Namakkal and Punchaikudu in Karur. Works would start in another two-three months, at a cost of ₹406 crore. He added that due to proper water management and action of the government, 26.86 lakh acres of land was irrigated. Earlier only 16.37 lakh acres benefitted.