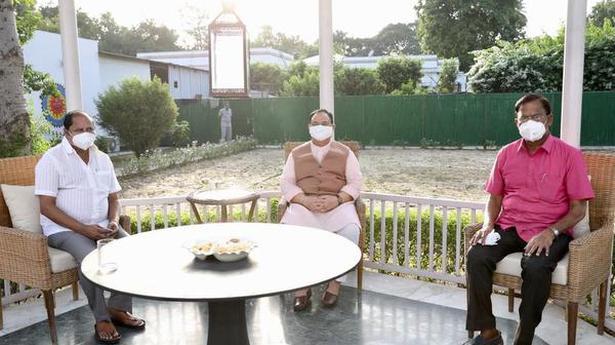 DMK MLA Ku.Ka. Selvam, who met BJP president J. P. Nadda in Delhi on Tuesday, has been suspended from the party for bringing disrepute to the organisation and violating party discipline.

Party president M.K. Stalin on Wednesday said Mr. Selvam had been relieved from the posts of the office secretary of the party headquarters and member of the high-level executive committee. “He has also been issued a show-cause notice asking why he should not be expelled from the party,” Mr Stalin said.

Mr. Selvam on Tuesday met BJP president J.P. Nadda and Railway Minister Piyush Goyal. He claimed that he had met Mr. Goyal to ask for the construction of lifts at the Nungambakkam Railway Station in Chennai, which falls in his Thousand Lights constituency.