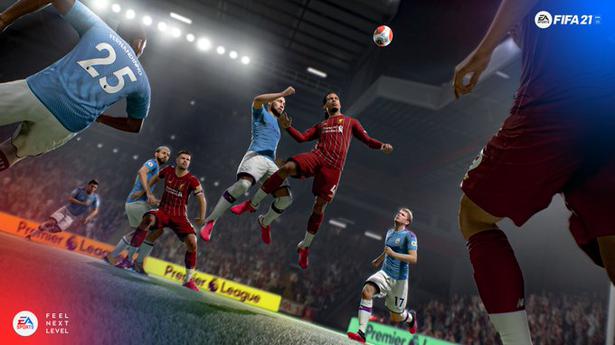 EA Sports is said to have used AI to position players at the right spot to match the ability of a real world player with their virtual counterparts. Players with better tactical awareness will have bigger impact, the company said.

“One of our goals is to ensure that world class players can perform as effectively as their real life counterparts,” EA Sports said in statement.

To achieve this, EA is increasing the number of attributes used to decide every action’s quality, animation speed, and effectiveness.

EA Sports is said to have used AI to position players at the right spot to match the ability of a real world player with their virtual counterparts. Players with better tactical awareness will have bigger impact, the company said.

The agile dribbling system enables fast footwork and skills like moving the ball side to side between both legs and the ball roll fake to trick defenders. The system is inspired by some of the best dribblers in the real world, and will be more effective on players like Messi and Neymar.

In the Contextual dribbling mode, players can dribble automatically in 1-on-1 situations.

The Directed Run and Directed Pass and Go features will allow users to take full control over the players’ direction of runs, and decide where to make them run after making passes. Users can have up to five players performing a directed run or directed pass and go at the same time.

The Player lock feature will lock the current player when in attack. When the user is locked to a player and pass the ball, the CPU AI will take control of the on-ball player allowing the user to move the off-ball player to a better position and ask for a pass back.

The developers also said that the new version will have smoother real life-like encounters when players have physical interaction with each other. Key moments like goalmouth scrambles and battles for ball possession will resolve more naturally, reducing free falls, unlike unrealistic falls during chaotic moments in the FIFA 2020 edition.

The refined system will enable players to have better understanding of their running paths, jump over and avoid the fallen players, and adjust their body to avoid head on collisions and have smaller impact.

EA Sports has also introduced manual heading in the new version allowing full control over headed shots and passes that can send the ball exactly where one targets, unlike in FIFA 20, where heading was less effective and resulted in fewer goals. Users have to turn off the Assisted Headers option to enable manual heading.

FIFA 2021 is ready for pre-order now, and it will be released on October 6. It will be available on different platforms including Xbox, PS4, Steam and PC.