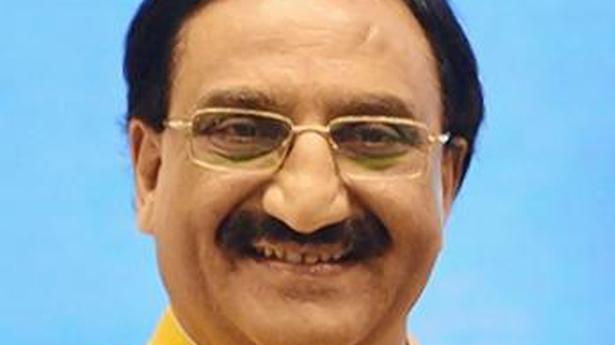 Objective behind the initiative is to create awareness of menstrual hygiene among women and adolescent girls, says MP

Mr. Pokhriyal launched the logo earlier this week, with Mr. Eden in attendance. Mr. Eden said that he started this initiative when he was an MLA in 2013. The project that was kicked off in 25 government schools has now expanded to 150 schools in Ernakulam.


“The main objective behind the initiative Breaking Barriers — installing sanitary napkin vending machines and incinerators — is to create awareness of menstrual hygiene among women and adolescent girls,” Mr. Eden said.

Along with the vending machines, incinerators were also set up for safe disposal of the sanitary napkins. Many studies have pointed out that there is a high absenteeism rate among girl students during their menstrual periods.

Prime Minister Narendra Modi, in his Independence Day address, had spoken of his government’s effort to provide sanitary pads at one rupee each. “The cost in 2013 for setting up the vending machine and the incinerator was close to ₹1 lakh; now, thanks to technological advances, it has come down to ₹47,000,” he said.