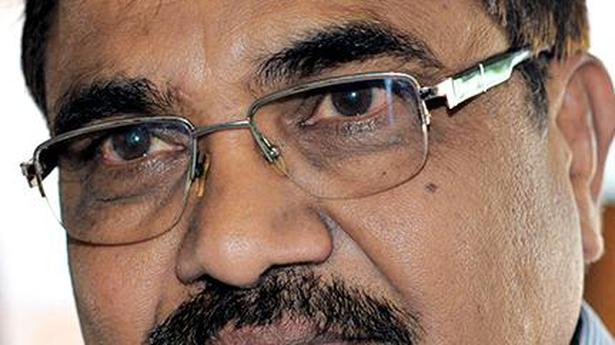 Professor Anand Teltumbde, an accused in the Elgaar Parishad case, filed an application before the special National Investigation Agency (NIA) court on Monday, the 91st day of his arrest, seeking to be released on default bail. Mr. Teltumbde has filed for bail for the first time.

Mr. Teltumbde has sought his release on the grounds that the prosecuting agency has not filed its charge sheet even after the stipulated 90-day period as per Section 43 D (modified application of certain provisions of the Code) of the Unlawful Activities (Prevention) Act.

The application was filed by Mr. Teltumbde through advocate Sathyanarayanan under Section 167 (2) (ninety days, where the investigation relates to an offence punishable with death, imprisonment for life or imprisonment for a term of not less than 10 years) of the Code of Criminal Procedure.

Mr. Teltumbde has also challenged the order passed by the special NIA court on July 12 extending the agency’s time to file a charge sheet by another 90 days. Mr. Teltumbde was arrested on April 14 this year and taken into NIA custody. He is now lodged at Taloja jail.

Meanwhile, poet and activist Varavara Rao (81), another accused in the case, moved the Bombay High Court on Monday seeking that his interim bail application, which was listed on July 17, be heard on Tuesday.

Advocate R. Satyanarayan, who is representing Mr. Rao, said the activist had sought temporary bail on the grounds of his deteriorating health and the risk of contracting COVID-19. Mr. Rao, who is lodged at Taloja jail, had filed a petition in the High Court challenging the June 26 order passed by the special NIA court rejecting his bail plea. Mr. Rao also filed a writ petition seeking a direction to the authorities of Taloja jail to produce his medical records and submit a detailed report on the treatment given to him after he was hurriedly discharged from the State-run JJ Hospital on June 2.

Later in the day, prison authorities confirmed that Mr. Rao was shifted from Taloja jail to JJ Hospital on Monday morning for some tests and doctors will be deciding on whether he needs to be admitted for any treatment.

Mr. Rao’s family said they were not informed about him being shifted to hospital. His daughter said jail authorities told her Mr. Rao was fine in jail when she called in the morning.