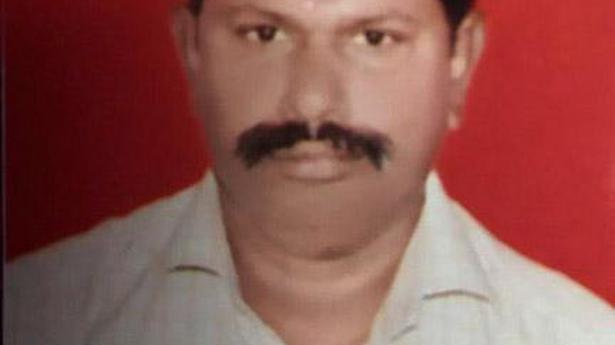 When 26-year-old Sapan Shah found out that his domestic help’s husband died of COVID-19 at a private hospital in Saket and she was handed over a bill of ₹6.5 lakh, he decided to help raise funds for her.

Mr. Shah, a consultant from south Delhi’s Alaknanda, has been raising money for Rangamma (40), a resident of Dakshinpuri.

The woman’s 48-year-old husband Selvaraj, a contractual worker with the South Delhi Municipal Corporation, was admitted to Max Super Speciality Hospital in Saket on June 10, where he died last Saturday.

Their daughter Divya (23) told The Hindu that her father had been going to work throughout the lockdown period. He had a fever in the first week of June and when he complained of breathlessness, the family took him to a private hospital in Ashram.

“They conducted tests and said he might have COVID-19. They refused to admit him and asked us to take him elsewhere. We brought him home,” she said. The next day, Selvaraj was taken to the hospital in Saket.

“We knew we couldn’t afford it but my father asked us to take him to a better hospital. He had heard about the conditions of government hospitals and how patients were not treated properly. At the time, we only thought about his well-being,” she added. Remembering one of the last conversations with her father, Divya said that Selvaraj — a diabetic — told them that the hospital was not giving him medicines for his sugar levels. The family said whenever they asked doctors or staffers at the hospital about his health, they told them that he was fine.

“We spoke to him on June 17 via video call. The next day he just said he wasn’t able to talk due to breathlessness,” she said, adding that it was the last time the family spoke with him. On June 20, Divya said the hospital handed them a bill of ₹6.5 lakh for the 10 days.

Spokesperson of Max Super Speciality Hospital did not respond to several calls.

“We used my father’s savings, which he had kept for me and my sister’s wedding. We also took loans from relatives and friends,” she said.

Initially, Mr. Sapan was clueless about the situation. “I called her to ask if she was doing fine and she told me her husband was in hospital. A few days later, my cook told me that he had died.”

Mr. Sapan said that when Rangamma told him about the bill, he along with his flatmate pooled in ₹50,000 and decided to raise funds online. By June 23, they had raised ₹3.5 lakh.

“She’s been working at my place for a year and has been taking care of the house, it’s natural that we take care of her,” he said.