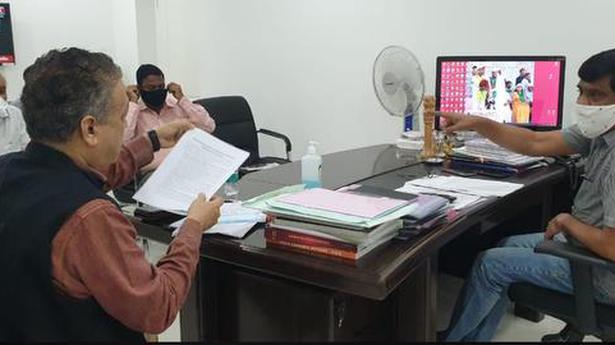 Minister for Roads & Buildings Vemula Prashanth Reddy instructed engineers of the departments to take up restoration of roads damaged in the rains and floods so that no inconvenience is caused to road transport.

In a meeting with Principal Secretary Sunil Sharma, Engineers-in-Chief I. Ganapathi Reddy and P. Ravinder Rao and other senior engineers, the Minister enquired about the roads and bridges damaged during the rains and floods for the past few days. He told them to prepare estimates for restoration of damaged roads and bridges and take up works after getting section.

The Ministers asked the engineers to prepare estimates for permanent repairs and the works needed to be taken up immediately. He told the engineers on the field to be available in their headquarters and work in coordination with other departments.

Mr. Indrakaran Reddy participated in the virtual meet from the District Collector’s office at Nirmal, while Special Chief Secretary (E&F) A. Santi Kumari, Principal Chief Conservator of Forests R. Shobha and others attended it from Aranya Bhavan here.