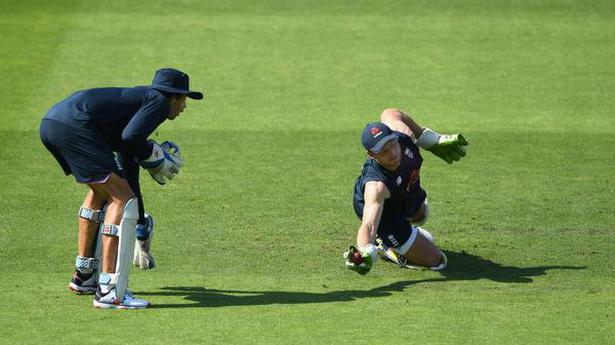 Uncapped seamer Ollie Robinson drafted in as replacement; Pakistan has fitness concerns around its pacers

England may have won the series opener against Pakistan, but the absence of Ben Stokes leaves it with a selection headache going into Thursday’s second Test at Southampton.

The star all-rounder, who will miss the rest of the series as he has travelled to New Zealand to be with his ill father, has been replaced by uncapped seamer Ollie Robinson.

But whether Robinson makes his debut at the Ageas Bowl could depend on how the England attack that played in the three-wicket win last week recovers from its exertions.

England is in the middle of a sequence of six Tests in seven weeks, a gruelling schedule that has seen it adopt a policy of rotating the quicks.

Buttler as a specialist batsman

Jos Buttler underlined his skill in a run-chase last week but the wicketkeeper had a poor match with the gloves. England does have the option to recall Ben Foakes, regarded as a better ’keeper, and play Buttler purely as a batsman.

Skipper Joe Root appeared wary of that suggestion when he praised Buttler’s innings by saying: “I think it will provide him with a huge amount of confidence in all aspects of his game and he should take that forward for the rest of the series.”

Pakistan coach Misbah-ul-Haq insisted his side could recover from the agonising loss.

“We need to improve 10 to 15% and deal with pressure situations a little better but we shouldn’t be mentally down,” said Misbah.

Azhar Ali, who has just one fifty in 10 innings since becoming skipper, denied captaincy was affecting his batting.

“When I bat, I’m not thinking about the captaincy, whether or not I’m out of form. And when I’m captain, I don’t think about my batting at all.”

Should Pakistan have concerns about the fitness of the pace trio of Mohammad Abbas, Shaheen Afridi and Naseem Shah, it could bring in another quick, Sohail Khan.

Pakistan, which played spinners Shadab Khan and Yasir Shah at Old Trafford, could deploy a fourth seamer if it feels the pitch won’t take as much turn in the second Test.