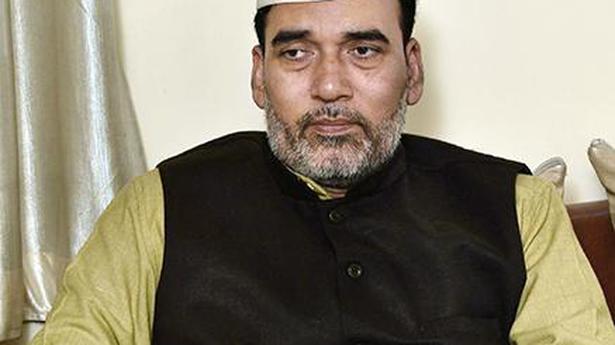 Environment Minister Gopal Rai on Wednesday said that the government will give farmers a product developed by Pusa Agriculture Institute, which can turn stubble into manure to avoid stubble burning without any expense. The product, in the form of capsules, has to be mixed in water and sprayed on straw to decompose it.

“I met the Director of Pusa Agricultural Institute, who said they have developed a technology that can turn stubble into manure, which can be used on the fields. Today, I am here to see its demonstration. We have also invited some farmers to witness it. The cost of spraying it on the fields will be borne by the Delhi government so that there is no financial burden on the farmers and an effective solution to stubble burning can be developed,” Mr. Rai said.

The Minister said he will also get in touch with the governments of Uttar Pradesh, Haryana, and Punjab based on the results so that the model can be implemented in those States as well to ease the financial burden on the farmers and reduce air pollution.

“I believe that the same amount of money that is spent on the purchase of machines and the subsidy provided for that can be used for decomposing stubble. This will be a very successful initiative by the government.We will speak to both the Central government as well as the States. Union Environment Ministry has a very important role to play in this initiative. We will create a proper strategy after discussion with the Chief Minister,” Mr. Rai added.

A Delhi government official said that the capsules mixed in water will be sprayed on stalks that are left behind from the harvester, but the shorter stubble that sticks to the ground even after cutting the crop will have to be managed separately.

Virus cases fall below 3K as tests drop by 42%