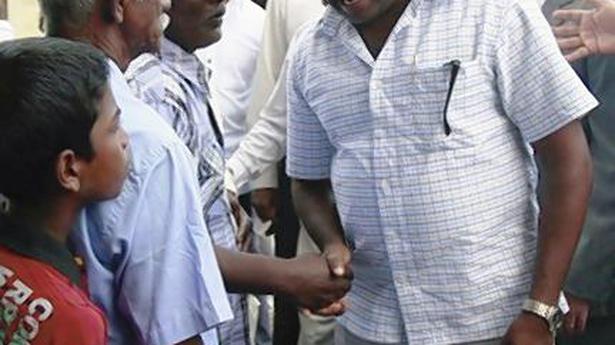 The Sri Lankan police has ordered a probe into an alleged statement by former Liberation Tigers of Tamil Eelam (LTTE) deputy leader Karuna Amman, claiming that he had murdered over 2,000 security forces on behalf of the Tamil separatist group, the government said on Monday. The acting police chief Chandana Wickremaratne has directed the Crime Investigation Department to launch an immediate probe into Mr. Amman’s statement, according to a press statement issued by the Ministry of Defence.

Speaking at a political rally last week for the upcoming parliamentary elections in the country, Amman alias Vinayagamurthi Muralitharan reportedly said that he had murdered over 2,000 government troops during the LTTE’s separatist war which lasted for over three decades.

“When I was a member of the LTTE, I killed some 2,000 to 3,000 Sri Lankan Army personnel in one night at Elephant Pass. I have killed more in Kilinochchi. That is certainly higher than the number of lives the coronavirus has claimed in Sri Lanka,” he was quoted as saying in the statement.

He made the statement in response to a comment made by the Chairman of the Karathivu local government body that Karuna Amman is more dangerous than the coronavirus, a report in the Colombo Page said on Sunday.

Reacting to Mr. Amman’s statement, former state Minister of Defense Ruwan Wijewardene said that his comments cannot be taken lightly and they pose a serious challenge to the rule of law in the country, the report said.

The twice-postponed parliamentary elections in the country will be held on August 5.

President Gotabaya Rajapaksa on March 2 dissolved Parliament, six months ahead of schedule, and called for snap polls on April 25. However, the election commission in mid-April postponed the elections by nearly two months to June 20 due to the coronavirus outbreak in the island nation.

Mr, Amman was the deputy to the LTTE supremo Velupillai Prabakaran.

In 2004, he walked out of the LTTE with his eastern province cadres and later formed his own political party.

Mr. Amman’s leaving the LTTE with his cadres severely weakened the LTTE, leading to its ultimate defeat at the hands of government troops in 2009.

He was elected to parliament in 2010 and became a deputy minister in the then Mahinda Rajapaksa government.

He is a contestant for Parliament from Akila Ilankai Dravuda Maha Sabha party from the eastern district of Digamadulla. Addressing a gathering in the North, Mr. Amman had said that he turned down the Prime Minister’s invitation to enter Parliament once again from the National List and said that this time he will enter parliament with a mandate from the people, the Colombo Page reported.

His party is thought to be an ally of the Rajapaksa-led Sri Lanka People’s Party (SLPP).

Embarrassed by Mr. Amman’s claim during the campaigning, the SLPP officially denied that he was an ally.

How to keep stranded whales alive

From Delhi University to dream job? Covid can’t stop them |...