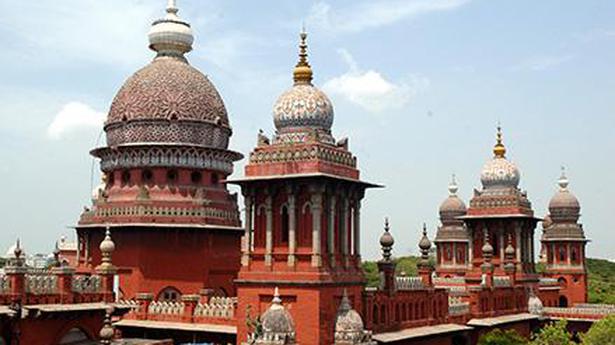 The Madras High Court on Monday acquitted the prime accused B. Chinnasamy from the 2016 Udumalpet Shankar murder case because of prosecution’s “failure to prove the charge of criminal conspiracy” by listing out a chain of events that could lead to the inevitable conclusion of guilt, besides establishing each and every circumstance in the chain.

Justices M. Sathyanarayanan and M. Nirmal Kumar pointed out that the prime accused was not present at the scene of occurrence when a gang hacked engineering student V. Shankar, belonging to a Scheduled Caste, to death on March 13, 2016 and also attempted to murder his wife Kowsalya belonging to a Most Backward Community.

The prosecution had to first prove the charge of criminal conspiracy against Mr. Chinnasamy before he could be punished for murdering his son-in-law and attempting to murder his daughter because of the inter-caste marriage. Though it was the prosecution’s case that he had hired contract killers, the charge of conspiracy stood disproved, court said.

It pointed out that the police had succeeded in proving only one of the circumstances in the chain and it was related to the fact that the assailants and the prime accused were in contact over phone between February 6, 2016 and March 6, 2016. This circumstance had been proved through phone call records and by examining the telecommunication officials.

However, none of the other circumstances in the chain were proved, the Bench said and pointed out that testimonies of the owners of a lodge, where the prime accused had reportedly made arrangements for the stay of the assailants, did not in any way advance the case of the prosecution, since they were not able to produce sufficient oral and documentary evidence.

“Therefore, the prosecution was unable to prove that it was A1 who made arrangements for A5 to A8 to stay in the lodge owned by PW (prosecution witness) 14 and PW15,” the judges said. They also stated that the evidence of two other witnesses, who claimed to have seen the prime accused conspire along with the assailants, was “highly doubtful.”

Though it was also the prosecution’s claim that the prime accused had withdrawn ₹80,000 from a joint bank account held by him and his wife from March 12 and 14, 2016 and of it, ₹50,000 was recovered from two of the assailants, the Bench said, the police had failed to prove that it was none but Mr. Chinnasamy who withdrew the money and paid the assailants.

The judges said that the police had failed to obtain CCTV footage from the ATMs and hence it would be difficult to accept the theory of the police, especially when it was their own case that the prime accused was an agriculturist and also the owner of a tourist cab. As far as the five assailants were concerned, the judges concluded that they were guilty because of their fatal overt acts.